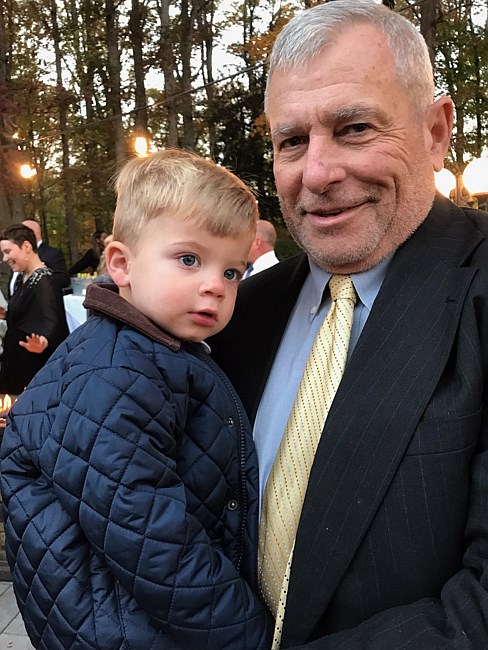 He was preceded in death by his parents, Edward and Barbara Vander Bush. He is survived by his wife of 38 years, Susie Vander Bush; children, Kyle Vander Bush (Becca), and Megan Thomas (Huston); grandson and apple-of-his-eye, Brooks Vander Bush; and brothers, Ed Vander Bush (Kathy) and Scott Vander Bush (Diane).

Gil grew up in Glen Rock, New Jersey, and graduated from Glen Rock High School in 1969. He attended Hope College in Michigan. In his early career, he met Susie while traveling for work. A job offer brought him to Richmond where they were married and planted roots. In his golden years of retirement, he began every morning with a 6 a.m. walk at The Montpelier Center for Arts and Education, followed by his personally crafted cup of coffee. He was a self-taught mechanic and woodworker; there was nothing he couldn't make or fix himself. Most recently, he became enamored with creating wooden bowls. He took great pride in his workshop and sharing his handcrafted keepsakes with those he loved.

In addition to his many hobbies, he enjoyed the outdoors, hunting, and above all else, he loved spending time with his family. He was a man of few words but once you got to know him, his humorous wit became evident.

Expressions of sympathy may be shared at www.NelsenAshland.com for the Vander Bush family.