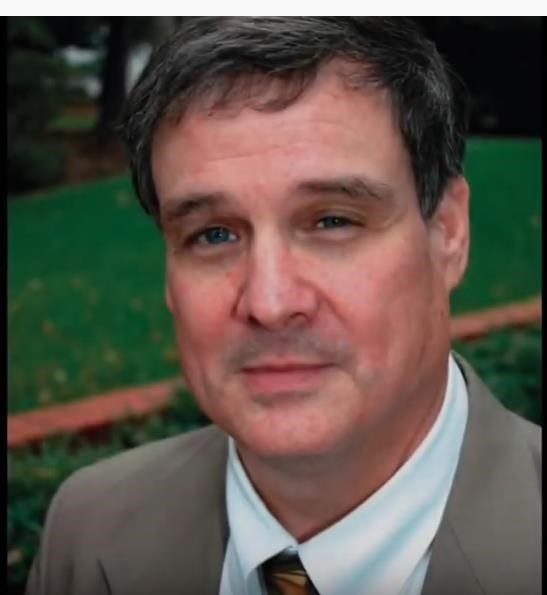 William V. “Bill” Sherrod Jr., 65, of Richmond, a devoted advocate for rural Virginia and the electric cooperative community, died June 1, 2020, following a courageous battle with pancreatic cancer. Bill was born July 30, 1954 in Richmond to the late William V. Sherrod Sr. and Nancy Parker Sherrod. He grew up in Henrico County with an affection for sports and animals; his family lovingly recalls that Bill had just about every kind of reptile or feathered creature as a pet at one time or another. He graduated from Henrico High School in 1972 and from Randolph-Macon College in 1977, and enjoyed playing football at both schools. Bill began his journalism career with a newspaper in Lewes, Delaware, and moved on to become editor of the Times-Virginian in Appomattox, before joining the Virginia, Maryland & Delaware Association of Electric Cooperatives in 1994. A skilled writer and photographer, Bill spent nearly 26 years at the association, serving as vice president of communications and public relations, and editor of Cooperative Living, the most widely circulated magazine in Virginia. Bill’s love for electric cooperatives and the communities they serve was boundless. It showed in the stories he wrote, the photos he took and the connections he formed with people across the mid-Atlantic, from the Cumberland Gap to the Delmarva Peninsula. As an ambassador for the cooperative movement, he never considered himself bigger than the stories he covered, always treating cooperative members with respect and dignity, regardless of their station in life. Earlier this year, the VMD Association presented Bill with its 2020 Distinguished Service Award for the indelible mark he made on the electric cooperative community. When presented with the award on April 23, Bill was overcome with emotion and gratitude, saying, “I’m the lucky one. It’s been great to work with you all and everyone at the co-ops.” As editor, Sherrod took the association’s flagship magazine to new heights, reaching more than 1.2 million readers 10 times a year with compelling stories, columns and essays that celebrated and advanced the cause of electric co-ops and small-town lifestyles. He won numerous writing awards and was a past president of the National Electric Cooperative Statewide Editors Association, which represents more than three dozen cooperative magazines across the country. In his private time, Bill loved playing his saxophone and listening to jazz music, fishing and outdoor activities. He also enjoyed old movies and good books, particularly military histories and the novels The Right Stuff and Catch-22. An accomplished artist and musician, he was a devoted son, brother, uncle and friend. Despite the progression of cancer, Bill’s spirits remained undampened as he continued to impart his positive outlook and infectious joy for life to his family, friends and colleagues. Strong in his faith, Bill was very active in his church, First Baptist Church in Ashland. Bill is survived by a sister, Sandy Sherrod Nockengost and her husband Karl Nockengost of Wilmington, Delaware; a brother, Jon Sherrod and his wife Olga Bonilla Sherrod of Atlanta, Georgia; four nieces, Sarah Nockengost, Laura Nockengost, Gabriela Sherrod and Natasha Sherrod; and a very special friend and caregiver, Nancy McBee of Midlothian. At the request of the family, a memorial service for Bill will be private. A livestream of the service will be available at 2 p.m., Saturday, June 6, at https://bit.ly/fbcafunerals. An open celebration of Bill’s life and achievements will be held at a later date. In lieu of flowers, memorial contributions in Bill’s honor can be made to First Baptist Church, 800 Thompson St, Ashland, VA 23005, or to the Education Scholarship Foundation of the Virginia, Maryland & Delaware Association of Electric Cooperatives, 4201 Dominion Blvd., Glen Allen, VA 23060.
See more See Less