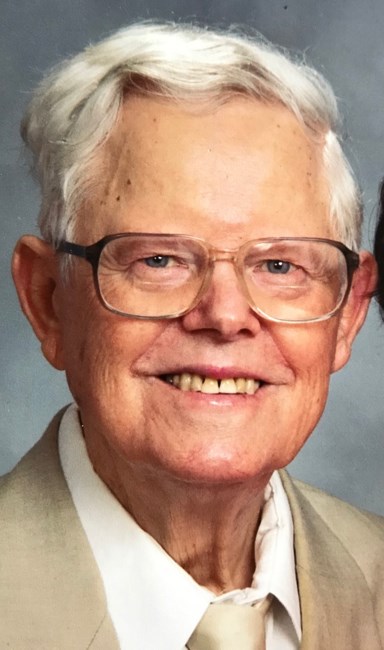 CHAPPELL Jr., Willie A., 94, of Sussex County, VA, passed away on November 7, 2019. Willie was the son of the late Willie A. Chappell Sr. and Ocie P. Chappell. He is preceded in death by his wife, June Simmons Chappell. Willie graduated from Jarratt High School in 1943, Randolph-Macon College in 1950, Yale University Divinity School in 1953 with a Master in Divinity, and Virginia Theological Seminary in 1974, where he received the Master of Sacred Theology degree. He was in the U.S. Army from 1943 to 1946, serving in the First Infantry Division in Germany and Belgium from November 1944 through January 1945. He is a retired member of the Virginia Annual Conference of the United Methodist Church, where he served churches in Petersburg, Chesterfield County, Norfolk and Hanover County. Willie taught at Randolph-Macon College from 1966 to 1992, offering courses in Bible Studies, Holocaust Studies, Christian Mysticism, and Theology and Literature. He is survived by his son, David Chappell and Daughter-in-law, Diana Smith Chappell of Beaverdam, VA; his daughter, Carol Kannegieter of Glen Allen, VA; and one granddaughter, Hannah Kannegieter of Cambridge, MA. The family will receive friends from 10:30am to 11:30am on Friday, November 15, 2019 at Duncan Memorial United Methodist Church, 201 Henry St, Ashland, VA where a funeral service will be held at 11:30am. A graveside service will follow at Signal Hill Memorial Park, 12360 Hanover Courthouse Rd, Hanover, VA. A reception will be held immediately after at Duncan Memorial United Methodist Church. In lieu of flowers, donations may be made to Duncan Memorial at the above address.
See more See Less

In Memory Of Willie A. Chappell, Jr.