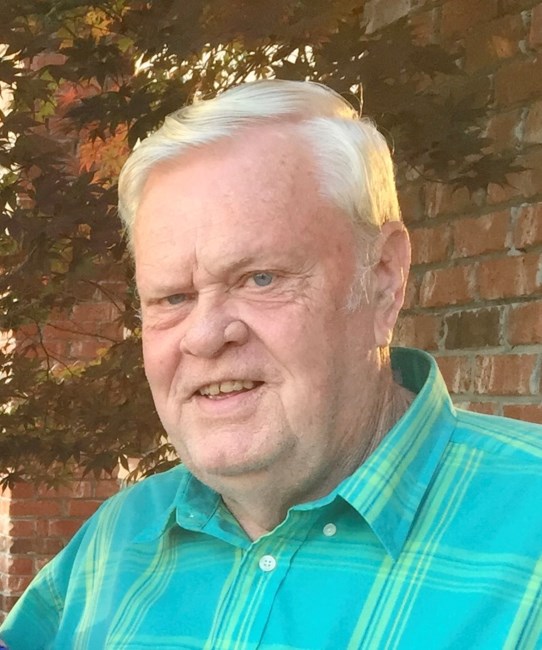 James E. Farmer Jr. October 7, 1938—August 4, 2022 Jimmy passed away peacefully on Thursday, August 4, 2022. He had just finished one of his favorite things, which was attending morning “Coffee Club” with his friends. Jimmy was proud to be raised on a farm in the New Harmony Community between Athens and Commerce, Georgia. He loved the animals, the tractor driving and roaming the farm, he thought it was a great adventure to have no running water or electricity their first year on the farm. He studied with kerosene light and drew the water from the well. He graduated from Commerce High School in 1956 and then attended the University of Georgia and the University of West Georgia. He was a great storyteller and jokester, his sense of humor and good nature entertained many throughout the years. He laughed big and loved fiercely and was always willing to help those in need. His first job was managing Farmer Furniture store in Downtown Athens through the sixties and into the seventies. He served as the President of the Athens Downtown Merchants Council and became a General Electric appliance dealer. He loved attending the G.E. Sales Meetings conducted by Ronald Reagan. Jimmy then started Metro Realty in the early seventies, and it became one of Georgia’s largest brokerages for farms and tracts of land. He developed subdivisions and mini farms in Clarke, Jackson, Madison and Oconee Counties. Jimmy also built residential housing and commercial developments. After his retirement from Real Estate, he helped his brother Jerry build and run the J & J Flea Market and continued his love of Real Estate with owning and managing his rental properties. He had a thirst for travel and made many friends and spent many years traveling with his travel group Excursions Unlimited. His other favorites included a great NASCAR race and his twice weekly coffee and conversation with his friends that he had been attending for the last fifteen years. Jimmy is survived by the love of his life and his wife of 63 years, Mary Sue McDuffie Farmer; his daughter, Deidre (Dede) S. Farmer, granddaughters: Hailey and Mallory Sailors, and great-grandson, Rhett Drahms; his brother, Gerald (Jerry) D. Farmer (Louise); and niece, Jeris Farmer; and many cousins; and beloved longtime friends. He was preceded in death by his son, Scott Farmer and parents: Francine and Ed Farmer, all from Athens, Georgia. He will be laid to rest on Monday, August 8, at 10:00 a.m., in the New Harmony Church cemetery with a small graveside service to be officiated by Reverend Crist Camden. Bernstein Funeral Home is in charge of arrangements.
See more See Less