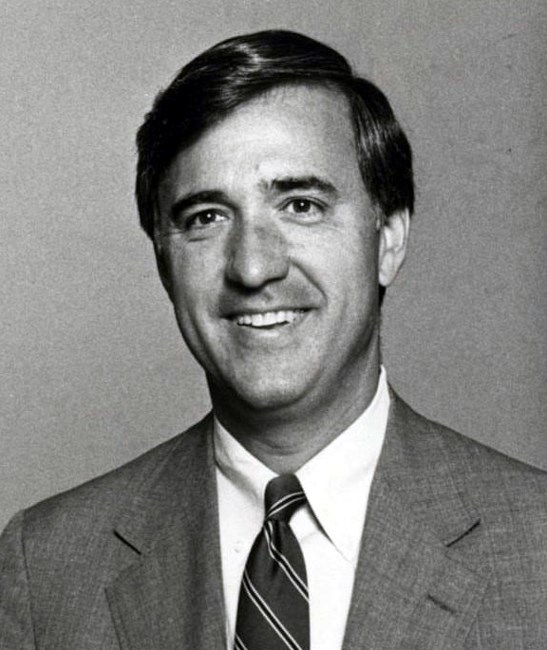 Richard (Dick) Cloud Ferguson, born on August 4, 1940, was the son of Mary Cloud Ferguson and Richard John Ferguson. He died on January 19, 2023, at the age of 82. Dick was born in Athens, Georgia where he resided his entire life. He attended Athens High School where he was President of the Senior Class in 1958. After graduation, he enrolled in the University of Georgia where he pledged Sigma Alpha Epsilon and created lifelong friendships. While he was an accounting major, he elected to join the clothing business his father started in 1934—Dick Ferguson’s. Sadly, his father passed away when Dick was 4 in 1944, but his mother ran the store until Dick succeeded her in 1962. In high school, Dick was fortunate to meet the love of his life, Edwina Tidwell, who moved to Athens as a junior in high school in 1956. They became high school sweethearts and continued their relationship through college. They were married June 3, 1962, the day after college graduation, and enjoyed a 58-year marriage until Edwina passed away on August 13, 2020. Dick was a third-generation member of First Presbyterian Church in Athens and was blessed to see two subsequent generations join the church. Dick was also a member of Athens Country Club as well as a Past President. He was a member of Gridiron Secret Society and Athens Touchdown Club where he loved and cherished his beloved Bulldogs. He was also a member and Past President of Athens City Club. Professionally, Dick served for 38 years on the Board of Directors of Athens Federal Savings and Loan that later became Athens First/Synovous. Additionally, He led various Men’s Retail organizations throughout his successful career. Dick was forever grateful to the Athens YMCA where Cobern Kelley was a tremendous male influence in his youth and as an adult served for many years on the Athens YMCA Board. Other men that were influential in his life were relatives Joe Adams of Jacksonville, FL and Weldon Adams of Columbus, GA. Additionally, Ralph Almond worked as manager at Dick Ferguson’s for over 50 years and was a true friend and associate. The highlight of Dick’s life was his family. He loved his three sons and daughters-in-law: Dick and Susan, John and Cindy, and Ed and Shannon and his eight grandchildren: Richard, Elizabeth, Ed, Emily, Grace, John, Lucy and Pratt. He is predeceased by his wife, Edwina, his parents, Mary Cloud and Dick, and his sister Jeanne Ferguson Isaacs. Dick was a True Gentleman, exhibited tremendous character and Integrity, and was a friend to many. He will be missed by all that knew him. Unfortunately, Alzheimer’s robbed him of his last few years, but his legacy will remain forever. A memorial service will be held Monday, January 23 at 2:00 pm at First Presbyterian Church of Athens. A reception for family and friends will follow in Fellowship Hall. Dick requested that memorials be sent to either First Presbyterian Church, the Endowment Fund at Athens Academy, or the Athens YMCA. Bernstein Funeral Home oversees the arrangements.
See more See Less