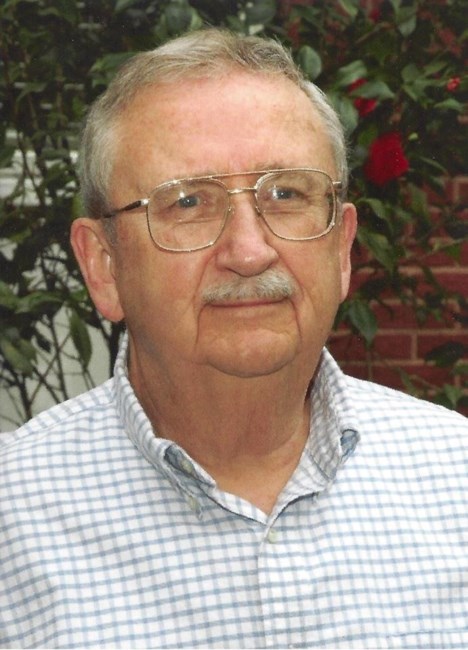 Dr. Wallace B. (Wally) Eberhard, professor emeritus at the University of Georgia, died peacefully surrounded by his family on his 87th birthday, October 7, 2018. Wally was born in Niles, Michigan, October 7, 1931 to the late Ruth Saunders Eberhard and Raymond Willis Eberhard. He graduated from Niles High School in 1949. He was a self-professed lover of libraries, a master of journalism history and a dedicated professor who taught hundreds of students the craft of journalism to last throughout their lives. His love of newspapers started very early in life, when as an 8-year-old, he wrote his own newspaper to distribute in his neighborhood. Then, in high school, he worked at the local paper before beginning his studies at the University of Michigan, where he joined the staff of the Michigan Daily newspaper. He took time off from his studies after two years of college to join the Army. After completing Officer Candidate School, he was commissioned as an artillery officer and served in Germany until he returned to his studies at the University of Michigan in 1953. He finished his degree and graduated with a Degree in Journalism in 1955. He continued to serve as an officer in the Army Reserve in a variety of artillery and public affairs assignments until retiring as a Colonel in 1987. While working as a reporter with the Detroit Times, he met and married Charlotte Ann Knox in 1960. They moved to Three Oaks, Michigan where they co-owned and published the Galien River Gazette. After some encouragement, he decided to move from newspaper ownership to the teaching of journalism. He began his teaching career at Bowling Green State University where he received his Master’s Degree and moved to Madison, Wisconsin where he completed his Doctorate in Journalism. He joined the Grady College of Journalism and Mass Communication faculty in 1970. He rose up the academic ranks, serving as full professor from 1984 until his retirement in 2000. Even in retirement, Eberhard continued his involvement with Grady College by attending countless lectures and Homecoming tailgate celebrations, consulting with faculty and teaching. Most recently, he taught the Freshman Year Odyssey seminar, “A Short History of Long Journalism,” from 2011 until 2017. In addition to teaching, he was involved with Grady organizations including serving as a Peabody Awards judge from 2007 to 2011 and in 2013, and advising the student chapter of the Society of Professional Journalists during the 1980s, when it was known as Sigma Delta Chi. In retirement, he has held positions with the Athens Library Board, and literacy council, because of his love of books and reading. He additionally enjoyed spending time over coffee with members of an informal writer's group. Other involvement included membership in the Torch Club and the local chapter of the Military Officers Association of America. He was an active member of Emmanuel Episcopal Church where he was an usher, and belonged to the Brotherhood of St Andrew. He always enjoyed keeping up with those with whom he had crossed paths during his lifetime. Recently, his greatest joy was being an active part of the lives of his grandchildren, Grace, Abigail, and Colton In addition to his parents he was preceded in death by a brother, John G. Eberhard and a sister, Bette Eberhard. Survivors include his wife, Charlotte Eberhard of Athens; his children, Sarah Knox Eberhard of Athens, Andrew Wallace Eberhard (Laura) of Alpharetta and Mary Charlotte Eberhard of Athens; sister, Norma J Verduin of South Bend, IN, three grandchildren, Grace Anne Eberhard, Abigail Rose Eberhard and Colton Thomas Eberhard; sister in law, Martha K. Juel of Fearrington Village, NC and many nieces and nephews. Memorial Service will be Friday, October 19, 2018 at 2:30 p.m. at the Emmanuel Episcopal Church with Father Robert Salamone officiating. Inurnment will follow in the columbarium at Emmanuel Episcopal Church. In lieu flowers donations may be made in Wally's memory to Emmanuel Episcopal Church 498 Prince Ave, Athens Georgia 30601, the Athens Clarke County Library "Materials Fund" 2025 Baxter St, Athens, Georgia 30606 or a charity of your choice. Bernstein Funeral Home is in charge of the arrangements. Online condolences at our website BernsteinFuneralHome.com
See more See Less