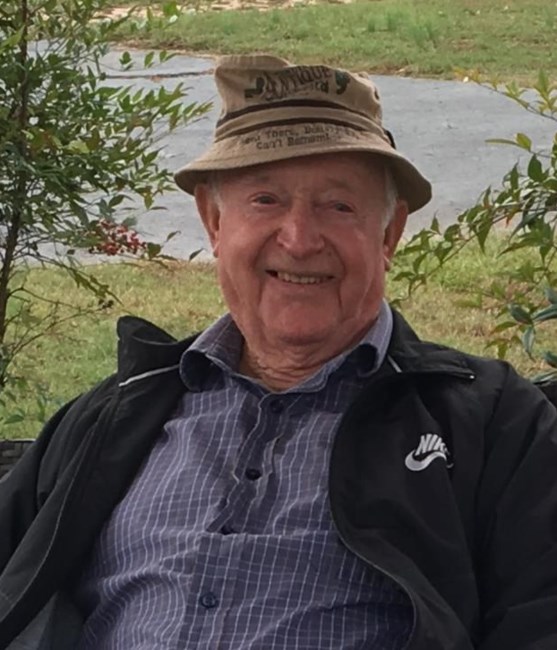 William Cecil Eberhart, age 91, passed away Saturday, May 28, 2022 in his residence surrounded by his family. Cecil was born and raised in Colbert and graduated from Madison County High School. He lived many years in Athens, where he owned and operated The Carpet Shop for 25 years. Cecil was a United States Army veteran, serving during the Korean War from 1951 to 1953. He enjoyed hunting, fishing, mowing his grass and square dancing. Cecil was preceded in death by his parents, Clarence W. and Willie Belle Tolbert Eberhart; wife, Carolyn Eberhart; and daughters, Susan Delgado and Kay Causey. Mr. Eberhart is survived by his sons, Ronny Eberhart and his wife, Jacquie of Colbert and Ricky Eberhart of Madison County; sisters, Louise Hart and Betty Moon both of Colbert; nine grandchildren and several nieces and nephews. A gathering of family and friends will be held Friday, June 3, 2022 from 11:30 AM to 1:00 PM in Bernstein Funeral Home, immediately followed by the funeral service in the funeral home chapel. The burial will be held privately in Colbert City Cemetery. Bernstein Funeral Home is in charge of funeral arrangements.
See more See Less

In Memory Of William Cecil Eberhart