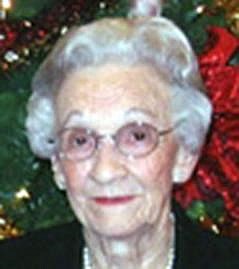 Iris Oakes Carnes passed away peacefully in her sleep in the morning hours of Tuesday, January 17, 2023 at age 98. She was born on May 27, 1924 in Covington, GA. After graduating school she worked as a clerk for Sears Roebuck & Company where she formed lifetime friendships. She married the late Howard S. Carnes as World War II was winding down. They were married for 66 years before he passed. Iris was strong in her faith and a long time member of Peachtree Presbyterian Church. She was a devoted and loving wife, mother, daughter and sister. She is survived by her nephew, Edward (Diane) Dunwoody of Jacksonville, FL and their children. She was preceded in death by her husband Howard Shirley Carnes, her son H. Phillip Carnes, her parents, Truie Estelle Oakes and Lillian Lenora Swanns and her sister Evlyn Ruth Oakes. There will be a graveside service at 3:00 pm on Monday, January 23, 2023 at Arlington Cemetery, Sandy Springs, Georgia. In lieu of flowers, donations can be made to the Carnes Tulane Scholarship Fund, Peachtree Presbyterian Church, Canterbury Court or a charity of your choice.
See more See Less

In Memory Of Iris Oakes Carnes