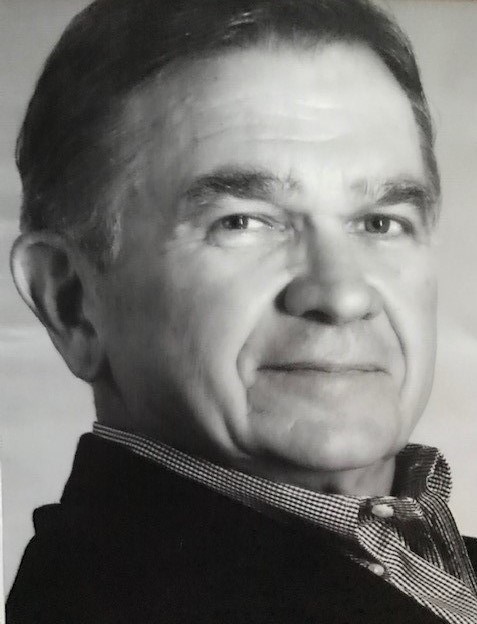 Joseph Malcolm “Joe” Craver, MD., Atlanta resident and Professor of Cardiothoracic Surgery Emeritus at Emory University School of Medicine, passed away on June 2, 2022, at the age of 81 years. Born to Joseph Newton Craver and Sarah Elizabeth Roseman Craver on April 18, 1941, in Concord, N.C., Joe grew up in Shelby, N.C. The older brother in a close-knit family, Joe felt both the support and responsibility of family and community. As the son of educators, Joe was taught early to value education and to practice good stewardship. His parents’ enduring legacy to him was their model of lives well spent in the service of the others-particularly as teachers in schools or on farms. In many ways, Joe’s own life has been to honor his parents by furthering their legacy: to teach, practice stewardship, and support family, friends and community. As a young man, Joe Craver was not only outstanding in academics, but in his high school years he was a standout football player, earning state and national recognition. When he elected to play football for the University of North Carolina at Chapel Hill, he attended the school on a prestigious academic scholarship from the John Motley Morehead Foundation. Joe was the first to be awarded the Morehead Scholarship to attend UNC Medical School. When describing Joe Craver, John Motley Morehead said, “If I could take a Morehead Scholar and cast him in bronze as the ideal Morehead Scholar, I would choose Joe Craver.” He continued to excel at football from 1959-1962, serving as co-captain and amassing team, conference and national awards. While at UNC, Joe received other esteemed awards, including in 1963, the coveted Patterson Medal, the Order of the Golden Fleece and the Order of the Old Well. At the end of his college career, he declined pro football interest from numerous NFL teams, both from Vince Lombardi with the Green Bay Packers and then the Dallas Cowboys, to pursue a career in medicine. Graduating with honors from medical school in 1967, Joe Craver continued his medical education with internships and residency programs at Case Western Reserve University, Harvard University, and the University of Virginia. In 1974 he joined the team of cardiothoracic surgeons at Emory University in Atlanta, Georgia. As a professor and heart surgeon, Joe performed surgery on over eleven thousand patients over his three-decade career. Of equal and perhaps even greater importance to him, he was able to teach and mentor over eighty-five aspiring heart surgeons. Joe was an innovator, and, along with his partners at Emory, they advanced the field of heart surgery by employing new operating techniques, including by-pass surgery, aortic valve surgery and mitral valve repair. While his legacy of service and education was a gift from his parents, the particular force field that was Joe Craver was uniquely his own. His determination to excel and to teach others to excel made his extraordinary and generous life possible. Countless individuals who never knew him have already or will benefit from his medical or philanthropic gifts. His farmland and pond are healthier because he cared, but his stewardship is evident in ways beyond land and water. Both UNC and Emory have a champion on the ball field, classroom or in the operating room. Other educational institutions, community and church boards have benefited from his stewardship and leadership. Joe was larger than life. For those who knew him personally, he created memories filled with laughter and generosity. By joining him fishing, hunting or simply enjoying his cooking and presence, he provided the opportunity for many tales to tell years beyond their happening. If you were a friend or family member in his orbit, life with Joe Craver was safer and sweeter. His seven grandchildren were a special source of pride and devotion. The opportunity to teach them and watch them grow brought him great joy. Joe Craver is survived by his devoted wife of thirty years, Amelia Wilson Craver. He called her his “perfect partner.” He is survived by his two children, William Joseph Craver and Cathrine Craver Halliburton (Cal) and by two stepsons, John Christian Smith and Thomas McLean Smith. His seven grandchildren are Sophia Elizabeth Craver, Curran James Craver, Quinn Houston Craver, John Callaway Halliburton Jr., Joseph Craver Halliburton, Catherine Wallace Halliburton, and Lila Shanti Tulloss-Smith. He is also survived by his siblings Richard Davidson Craver and Sarah Elizabeth Craver Mann (Bill). Beth Wallace Craver survives him and is the mother of his children. Joe was a wonderful uncle to many nieces and nephews who delighted in being with him, especially at the beach or the lake. The family thanks Respite Care Atlanta for providing Joe many hours of joyful camaraderie and music. The family also expresses their appreciation to Shameni Malowa for her skilled and devoted caretaking of Joe during his last year. Joe Craver’s own legacy will be extended by his students, by his family members and by individuals who have witnessed his life and will follow, as he followed his parents before him, the example of a life in service to others. A memorial service will be held at North Avenue Presbyterian Church at 1:00 pm on Saturday, June 11. A reception will follow the service in the church hall. In lieu of flowers, the family asks for those wishing to make a donation to consider The Emory Goizueta Alzheimer’s Disease Research Center at Emory University School of Medicine or to the North Avenue Presbyterian Church. Direct gifts to: Emory University, Office of Gift Accounting, The Emory Goizueta Alzheimer’s Disease Research Center, 1762 Clifton Road, Suite 1400, MS:0970-001-8AA, Atlanta, GA, 30022. giving.emory.edu North Avenue Presbyterian Church, 607 Peachtree Street, Atlanta, GA 30308
See more See Less

In Memory Of Joe M Craver