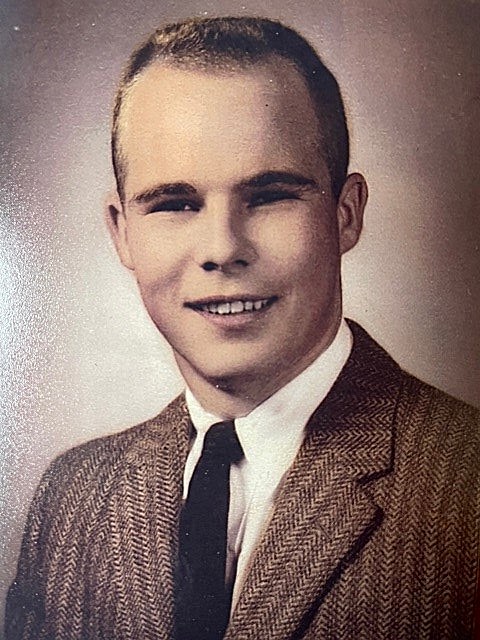 John Richard Watson, known to friends and family in Atlanta as Dick (and to those in his hometown of West Monroe, LA, as Richard) died peacefully on October 14. He is survived by his daughters Ginger Griffith and Ashley Watson (Karen Twait), his grandsons Watson and Mac Griffith, his sister Cindy Cagle, and many nieces and nephews. He was 83.

Dick’s life was defined by the many rich relationships he enjoyed with friends and family, all of which brought him incredible joy. First and foremost among these was his partnership of more than 50 years with his late wife, Gina Beem Watson, whom he adored. Their dance through life was filled with laughter, and we are certain he is thrilled (and at peace) to be by her side once again.

A gifted athlete who played varsity football, basketball, and baseball in high school, Dick graduated with a degree in Chemical Engineering from Tulane University (where he was a proud member of Sigma Alpha Epsilon) and became a Marine. He would be quick to point out that there is no such thing as a former Marine or a former SAE. After his service in the Marines, Dick pursued a broad-ranging career in business, but his focus was always fixed squarely on family and friends. He took incredible pride and joy in the athletic and academic achievements of his children and grandchildren, all of whom, following in Gina Watson’s footsteps, are graduates of the Westminster Schools in Atlanta. An active Catbacker for much of his life, Dick was a fixture in the bleachers and on the sidelines at Westminster, never missing an opportunity to cheer on his daughters or his grandsons.

As an adult, Dick became an accomplished golfer, regularly playing to scratch, and he loved not only the game itself, but also the time spent with countless golfing buddies, who gave him an additional outlet for a keen, irreverent, and occasionally off-color sense of humor. He often reminded his daughter Ashley that she ruined a great golf day when she was born on a beautiful Sunday in March. In golf (as in life), it helped to have a sense of humor, a thick skin, and a few bucks if you wanted to spend time with Dick Watson.

That sense of humor was often on full display in the Watson household, where his beloved wife Gina shared his love of laughter and his wry wit – and Dick embraced Gina’s love of costumes, happy hour, silly hats, and dancing. In fact, if you spent any time with Dick and Gina, you had to be ready for a prank, a joke or a party at any time. Add to that atmosphere the fact that Dick loved animals and children and they loved him – and you get a sense of the beautiful life he enjoyed. He was truly young at heart up until the day he died. He will be missed by all – including the wonderful people at Country Gardens Lanier (for whom we are incredibly grateful) who took such wonderful care of Dick over the last few years. He was affectionately called PITA, which stands for Pain In the … you know what. You might imagine it was a nickname he fully embraced.

A memorial service will be held at 9 am on Nov 6 at the Episcopal Church of the Holy Family, 202 Griffith Rd, Jasper, Ga. Masks will be required. A reception will follow from 10 am - 12 pm at the Old Mule House, 2 N Main St, Jasper GA. Anyone not vaccinated is asked to wear a mask at the reception.

Donations in lieu of flowers can be made to Big Canoe Animal Rescue.

In Memory Of John Richard Watson