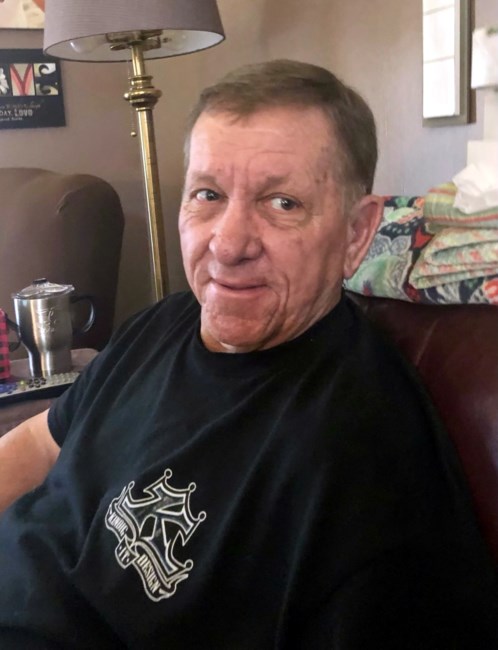 Edward Wayne Cole, 75, of Boaz, passed away on Sunday, January 15, 2023. Visitation will be on Wednesday, January 18, 2023 from 11am - 1pm at Morgan Funeral Chapel in Attalla, with a graveside service to follow at Rainbow Memorial Gardens at 1:30pm. Bro. Steve Cole and Clayton Cole to officiate. Wayne worked as a Tool & Die Maker for 47 years. He happily retired from Mueller in 2012. He enjoyed being outdoors, fishing and restoring classic cars but what he loved most was spending time with and supporting his grandchildren. Preceded in death by his parents, Cliff and Virginia Cole; brother, Allen Cole; and nephew, Kyle Smith. He is survived by the love of his life, his wife, Kay Finley Cole; daughter Kelly (Mike) McLamb; son; Steve (Susan) Cole; his grandchildren who meant the world, Kyle Cole, Clay Cole and Aubrey McLamb; brother, Cliff (Linda) Cole Jr.; sister, Carolyn Smith; sister-in-law, Nina Cole; a host of nieces and nephews and his sidekick Lizzy (dog). Pallbearers are Jonathan Beggs, Brian Brooks, Drew Brooks, Todd Cole, Jason Cole, and Mark Harris. Honorary pallbearers are Malcolm Bowen, Michael Bowen, Matt Glenn, Mark Blevins, Terry Burdett, Al Mummy and Tim Brooks. In lieu of flowers, memorials can be made to the American Heart Association or St. Jude Children Hospital. Special thanks given to Jack Beasley III for his kindness and help, John Beasley, A Med Ambulance, and the nurses at Gadsden Regional MICU unit, everyone who brought food and for all the prayers. Fond memories and expressions of sympathy may be shared at www.morganfuneralchapel.com for the Cole family.
See more See Less

In Memory Of Edward Wayne Cole

Visitation in the CHAPEL at Morgan Funeral Chapel