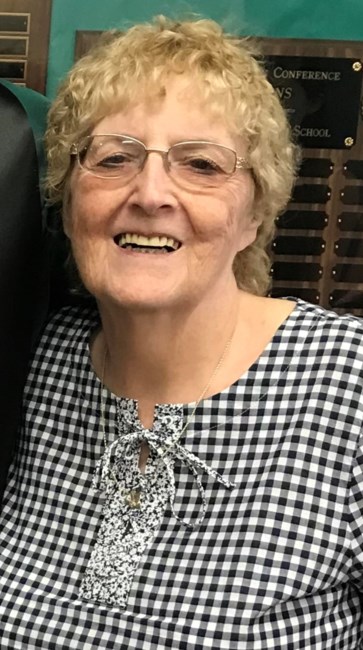 AUBURN -Carol Ann Parker Coleman passed away at home on October 10, 2021 after a courageous battle with interstitial lung disease. Carol was born on August 14, 1941 in Lewiston, Maine to Emily Hachey Parker and Lyndall Kilgore Parker. She attended Auburn schools and graduated from Edward Little High School in 1959. After high school she attended the University of Maine at Orono and studied Social Work.

On September 27, 1963 Carol married the love of her life, Winfield Coleman. Together they raised three children in Auburn, Maine. Carol worked at the East Auburn IGA as a cashier and also in the meat department. She also worked as an office manager and was the “voice” of Maine Equine Associates in Turner, Maine for 25 years. Carol took great pride in her work and made many friends through her kind heart and service. This career was a dream come true for Carol, pairing her love for all animals with helping people.

Carol was a devoted wife and mother who supported her husband in his dream of running his own business. Through the years she worked by his side maintaining the office for his business, Win’s Body Shop and Wrecker Service while also raising a family. She was known for putting others before herself and took pleasure in seeing those around her smile. She was happiest when she was providing something for someone she loved whether it be a meal, a toy or a loving hug. Some of Carol’s best times were spent with family on camping trips up north. She and Win enjoyed their time together at Matagamon Wilderness Campground sitting by the river and listening to the Red Sox or old country playing on the radio. She was a feisty card player. She would do her best to beat you every time, but was smiling and laughing win or lose.

Carol’s pride and joy was her family. Her grandkids and great-grandson were the center of her universe. She spent her free time trying to figure out the best ways to give them and unexpected surprise or treat just to show them how much she loved them and missed them. She was predeceased by her parents, Lyndall and Emily Parker, 2 brothers, Jack and Robert and a sister, Jolene.

She is survived by her husband, Winfield and beloved cat, Noelle Kitty; her daughter Sheryl and husband Bruce MacDonald of Turner; her son, Randy Coleman ll of Sumner; her daughter, Colleen and husband Jim Shink of Jay; her granddaughter Jessica and husband Andy Neureuther of Minot; grandson, Brandon Shink of Anchorage, Alaska; grandson Mason Shink and partner Kim Seitz of Bangor, Maine; and great-grandson, Cole Neureuther.

Visitation will be held Thursday October 14th 10 am to 12pm, an in house service at 12pm and a committal to follow at 1pm at Gracelawn Memorial Park 980 Turner St. Auburn.

Arrangements are under the care and direction of The Fortin Group 217 Turner St. Auburn. www.thefortingroupauburn.com

In Memory Of Carol Ann Coleman