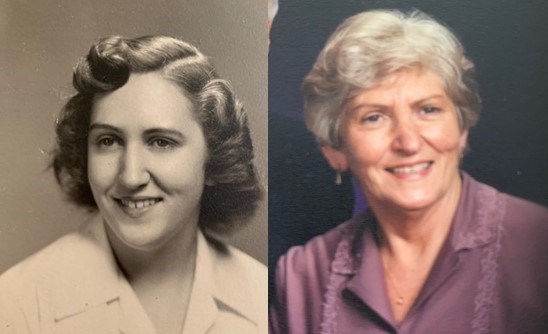 Genice Bugel, the kindest and most gracious lady one could ever hope to meet, passed away peacefully on Wednesday, September 21st with her family by her side. Genice was born in Leeds, Maine on November 20th, 1933, to Harry and Edna Additon Lindsay. She was educated in Leeds and Auburn schools and was a graduate of Edward Little High School, Class of 1951. She entered nursing school at CMG/CMCC and became a registered nurse in 1954. She married Joseph J Bugel of Michigan , on April 30 , 1955 at St. Joseph’s Catholic Church in Lewiston . Shortly after, they moved to Lansing, Michigan and then to New York, where they lived in several cities . After returning to Maine from New York, Genice was a nurse at Clover Health Facility and as a Nurse Consultant at John F. Murphy Homes . She was passionate about her nursing career . Genice was a proud member of St. Joseph Parish, Horizons 55, the Women’s Literacy Union, and the CMG/CMMC Alumni Association. Genice enjoyed every moment of life with her family and playing bridge , tennis , and golf with her many friends . Genice is survived by her husband Joseph J Bugel and daughters Deborah Richardson and husband Barry from Auburn, and Diane Wigant and husband Gary of Lewiston. She also leaves behind three grandchildren, Benjamin Wigant and Brian Wigant and Deanna Bugel. She was predeceased by her beloved son David Bugel in 2019. The family extends their heartfelt gratitude to everyone who cared for her at the DLTC Lamp Facility. She was cared for with love throughout her final years there . In lieu of flowers, donations may be sent in her memory to CMG/CMMC School of Nursing Alumni Association at 70 Middle Street, Lewiston, ME 04240. In honor of Genice’s wishes, services will be private and at the convenience of the family. Arrangements are with The Fortin Group, 217 Turner Street, Auburn.
See more See Less

In Memory Of Genice Bugel