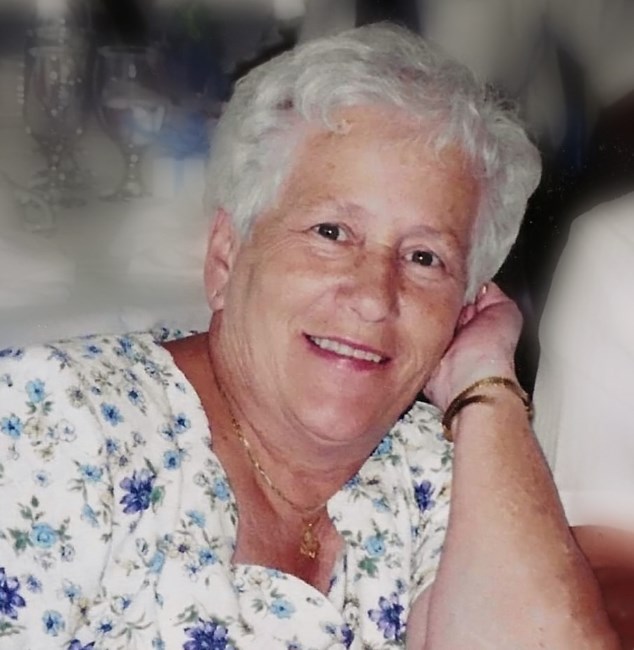 Joanne Janelle 1934-2022 Joanne Janelle, 87, passed away peacefully with her loving family by her side on Tuesday, September 20th. She was the daughter of Alphonse and Yvette Biron. She was born and raised in Lewiston, Maine with her 11 siblings. In 1961 she married Reginald “Reggie” Janelle, her husband of 53 years. Meema, as she was better known, was happiest when spending time with her family at the home she loved on Lemay Ave in Lewiston. Family was everything to her. You could find her in the stands cheering on her children and grandchildren at sporting events and passing out candy from her purse. She quickly became known as “the candy lady”. Joanne and Reggie hosted many holidays, family gatherings and pool parties. Their door was always open, and their home was always decorated with festive decor. Meema truly loved feeding people. She was known for her cabinets full of treats, her bean suppers, and Sunday night soup. She enjoyed playing cards with family and friends, garage saling, and never missed a chance to play Beano. She loved watching sports and was a loyal Red Sox fan. Meema was full of life. She may have been small, but she had a big presence. She was strong, independant and spunky. She is survived by her son, James Janelle and wife Kimberlee, daughter Donna Norcross and husband Steve, all of Auburn; six grandchildren Courtney Vincent and husband Justin, Lindsey Lessard and husband Scott, Alex Janelle and Fiance Shauna Langlois, Kelsey Janelle, Bo Norcross and Kailey Norcross; Seven great grandchildren, Parker, Drew, Cooper, Benjamin, Jack, Evelyn and Sullivan; Siblings Delores Preo, Pauline Bosse, Donald Biron and wife Claire; sister in-law Josephine Biron and sister-in-law Gloria Biron, who faithfully visited Meema every week. Joanne was predeceased by her husband and parents, brothers Paul, Roger, Jerry, Normand, Richard, Robert and Roland “Lou” and sister Claudette Gervais and many in-laws. We would like to offer a special thank you to the caring staff at Clover Health Care who lovingly cared for Meema over the last 8 years. In lieu of flowers, donations may be made in her memory to the Androscoggin Home Healthcare and Hospice. A memorial visitation will be held on October 8th from 10-1130AM at The Fortin Group, 217 Turner St. Auburn. With an service beginning at 1130AM.
See more See Less

In Memory Of Joanne F. Janelle