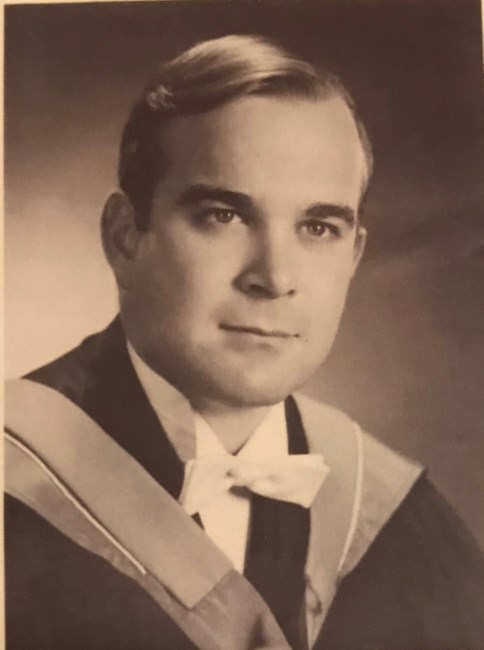 Stephen Jerome Matthew Cartan May 2, 1944 – April 11, 2020 MD FRCS(C) At Sherwood Court Long Term Care home in Maple, Ontario on April 11, 2020, in his 76th year, after a long and courageous battle with Progressive Supranuclear Palsy. Stephen lived a giving and selfless life. He is survived by his two children, James (Kelly Jo) and Elizabeth (Warren Smith). Proud grandfather of Cole and Rhys Cartan, and Brooke Smith. Stephen was born in the east end of Toronto on May 2, 1944, the second son of his adoring parents, Joseph (d 1996) and Mary Cartan (d 1994). Stephen had the utmost admiration for his older brother William “Bill” Cartan (d 2002). Stephen grew up on Bingham Avenue in Toronto where he attended Adam Beck Public School, and then Malvern Collegiate Institute. Stephen excelled in track and field (100 meter and 4 x 100), football (running back) and academics. Stephen knew from a young age that he wanted to be a doctor. He graduated from the University of Toronto Medical School in 1969, and completed his residency in the U of T Orthopaedic Surgery Program, receiving his FRCS(C) in 1975. In 1976, he was appointed to the staff of the newly opened Etobicoke General Hospital, where he spent his entire career, retiring in 2015. Stephen loved his work as an Orthopaedic Surgeon. His compassion and devotion to helping his patients was at the forefront of all aspects of his life. Stephen will be remembered as a loving father, proud grandfather, respected colleague, caring friend, and dedicated doctor. He was someone everyone enjoyed being in the company of and had a wonderful sense of humor. He was truly loved by his patients, and always took time for each and every one of them. Stephen loved to read, travel, and was a great historian. In his free time, he enjoyed touring the countryside on his motorcycle and spending time in Muskoka. The family would like to extend their heartfelt appreciation to all of his caregivers and doctors, especially the staff at Sherwood Court, who have been excellent at tending to his needs in recent years. A celebration of life will take place at a later date.
See more See Less

In Memory Of Stephen Jerome Cartan