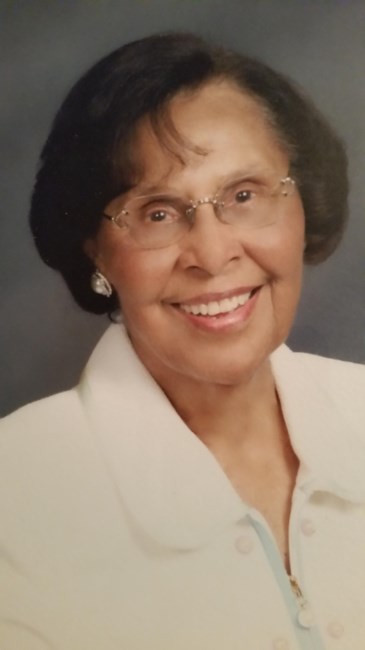 “I learned early on what can happen when determination coexists with opportunity. Don’t give up.” Civic leader, philanthropist, and trailblazer, Ada Cecilia Collins Anderson left us with a challenging legacy of service on June 2, 2021. Her tenacity came from examples set by her parents, Walter Gabriel Collins and Cecilia Rucker Collins of Pilot Knob, Texas. She learned early on what can happen when determination coexists with opportunity. Ada never gave up! Ada was born October 2, 1921, in Pilot Knob, Texas, the fourth of nine children. It was here that she received her early education at the Pilot Knob Elementary School built and funded by her paternal grandfather on land he owned. It was also here that she learned from her family the importance of education, ownership of property and businesses to overcome social, racial, and economic injustice. After moving to Austin, Ada graduated from L.C. Anderson High School which remained segregated until 1971. She went on to Tillotson College graduating with her B.S. degree in home economics in 1941. In 1951, Ada finished the coursework for a M.S. degree in library science at the University of Texas at Austin. However, she was not awarded that degree because she was denied a field placement at the Texas State Library which because of segregation excluded blacks. This experience cemented Ada’s commitment to fighting for civil rights and equal opportunities for minorities in Austin and throughout the state. Ada was undaunted. She later returned to UT and earned a Master’s degree in educational psychology and subsequently completed graduate courses in business and finance at Northwestern University. For 61 years Ada was happily married to Marcellus J. “Andy” Anderson with whom she shared an amazing life. Nothing brought her more joy than her role as mother to her accomplished children, Sandra Joy Anderson Baccus and Marcellus “Jack” Anderson. Sadly, Andy and both children predeceased Ada. Professionally, Ada worked for the Texas Employment Commission as an employment counselor and labored tirelessly to improve the wages and working conditions of Black domestic workers. She went on to teach for the Austin Independent School District, where she later became a psychometrist. In 1953, she became a partner with her husband Andy Anderson in the establishment and ownership of the Anderson-Wormley Real Estate and Insurance Company. Ada was a skilled organizer and fundraiser. She was a founding member of the Austin chapter of Jack and Jill of America and served as both a National corresponding secretary and its South Central regional director. Later she led successful peaceful protests against the segregated Ice Palace Skating Rink. Following the death of her son, she organized and directed the Leadership Enrichment Arts Program (LEAP) for more than 10 years which introduced underserved African American youth to the arts. At the behest of her friend, Lady Bird Johnson, she facilitated two exhibitions of African American artists at the LBJ Library and Museum. She coordinated voter registration and get out the vote campaigns that mobilized thousands throughout Texas. Through her political activism aligned with the Democratic Party, she and her husband became personal friends with the late Governor John Connally and the late President Lyndon Baines Johnson. In a 1982 landmark election to the Austin Community College Board, Ada was the first African American to win a countywide election in Travis County. Ada received many accolades including her selection into the Texas Black Women’s Hall of Fame and the African American Women’s Hall of Fame both in 1986. She was named Woman of the Year by the Women’s Symphony League of Austin and she co-chaired the Mayor’s Blue Ribbon Task Force for the Austin Independent School District. Her ties to the school board remained strong and in 2006 she was celebrated by the Austin School District Board of Trustees as an Outstanding Alumna in their Alumni Hall of Fame. The Austin Board of Realtors recognized Ada as Austin’s Most Worthy Citizen for her community services. Ada received significant recognition from Huston-Tillotson University and the University of Texas at Austin. Huston-Tillotson awarded Ada the honorary Doctor of Humane Letters for recognition of her dedicated service and generosity. The University of Texas at Austin recognized Ada’s contributions to the Austin community and beyond by presenting her with the University of Texas Community Legacy Award and the prestigious Distinguished Alumnus Award. In memory of her late daughter, Sandra Joy Anderson, Ada donated $3 Million to Huston-Tillotson University in 2014 for the Sandra Joy Anderson Community Health and Wellness Center. This was the largest gift in the University’s history. Ada’s life was a testament to what she valued: family, education, social justice, and community. The History Makers, www.thehistorymakers.com, has a library of recorded personal interviews in which Ada talks about her life. Ada challenges us by her example to build a better community. Ada was predeceased by seven siblings. She is survived by her last sister, Thelma Jean Collins of Austin, and a host of nieces, nephews, and cousins throughout the country. A memorial service will be held at a later date. A family funeral service will be held at 9:30 am, Saturday, June 12, 2021 at Weed-Corley-Fish Funeral Home, 3125 N Lamar Blvd, Austin, Texas. Service will be LiveStreamed. Live Stream Link: https://www.facebook.com/WCFFunerals
See more See Less