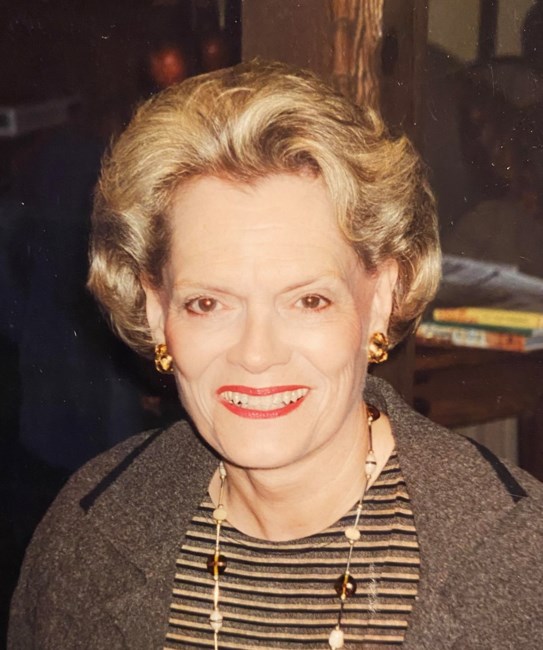 Ann Jennings Willeford died peacefully on Saturday, April 30, 2022, in Austin, surrounded by loved ones. She was 95. Edith Ann Jennings Willeford lived a rich and interesting life. Together with her husband George, Ann raised three successful children, traveled the world, and came to know two American Presidents and a United States Senator. She was a fantastic mother, a loyal friend, and a deeply beloved grandparent. Ann was born in El Paso, Texas on April 22, 1927, to Francis Hale Jennings and Colonel William Allison Jennings. Because of her father’s role in the military, Ann moved frequently as a child. First, Fairborn, OH; then Lexington, KY; then Louisville, KY; and (finally) San Antonio, TX. Ann graduated from Alamo Heights High School and attended the University of Texas at Austin, where she was a member of Chi Omega sorority. While in college, Ann met a young doctor named George Willeford, Jr. The two fell deeply in love. When George deployed to Nagoya, Japan, Ann followed. In 1948, the two married in a ceremony in Tokyo, Japan. They remained happily married until George died 64 years later. Upon returning to the United States, Ann and George briefly moved to Galveston, TX before they ultimately settled in Harlingen, Texas. Though the couple “did not know a soul” when they moved to “the Valley,” they quickly made friends and became bedrocks of the local community. Ann raised all three of her children in Harlingen. In 1969, Ann and George moved to Austin and never left. As a result of Ann’s real estate savvy, Ann and George were eventually able to design and build her dream home on Pecos Street in Austin, where she regularly hosted her family and friends for many years. Ann is survived by her three children—Dr. George (“Boots”) Willeford, III (Pam), Allison Golinkin (Webster), and Joy Lucke (Lewis). Ann is also survived by her seven beloved grandchildren: Emily Christy, Nancy Kate Prescott, Allison Mentesana, Lindsay Schwartz, Joseph (“Jeb”) Golinkin, George (“Will”) Golinkin, and Austin Willeford Lucke. She was blessed to know her 11 great grandchildren. Ann is also survived by her dear friend and caregiver Shirley Gipson Lewis. Ann Willeford lived a long, interesting, and fulfilling life full of love and laughter. She will be dearly missed. In lieu of flowers, memorials may be made in Ann’s honor to the Michael J. Fox Foundation for Parkinson’s Research PO Box 5014, Hagerstown, MD 21741-5014 or the Episcopal Church of the Good Shepard 3201 Windsor Road, Austin, TX 787803; or to the charity of your choice.
See more See Less

In Memory Of Ann Jennings Willeford