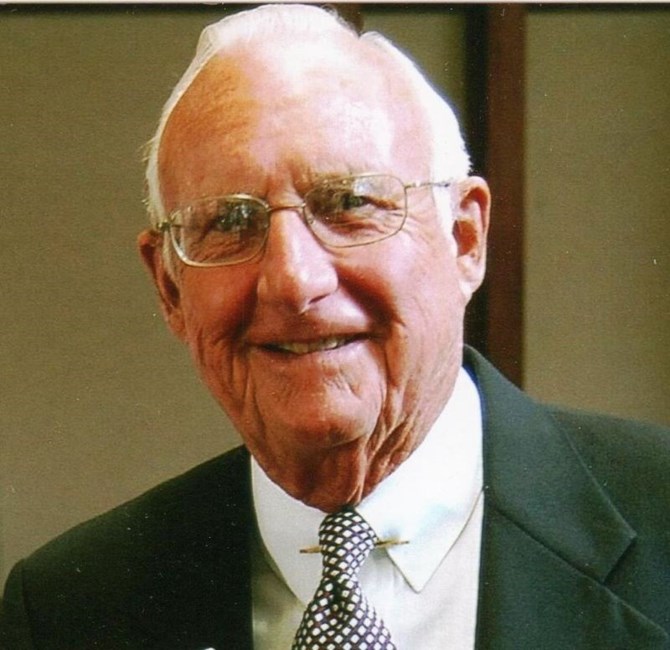 With deep sadness the family of Arthur H. Dilly (Art) announces the passing of their husband, father and grandfather on June 14, 2017. The families' sadness is tempered by their many fond memories of his good humor, continual support, patient understanding and willingness to be involved in their many activities and programs. Art was born in Yonkers, NY in 1929 as the only child of Catherine and Stuart Dilly. The family moved to Detroit, Michigan in the early 1930's and Art was educated in the public school system, culminating with undergraduate and graduate degrees from Wayne University in Detroit in 1951. That year saw Art's marriage to Gloria Faye Welton and a direct commission as an officer in the Medical Service Corp of the US Air Force. Following service in Rapid City, South Dakota and Casablanca, French Morocco, Art and Gloria settled in Corpus Christi, Texas in 1954 to continue working in public health and health service administration with an emphasis on tuberculosis control and hospitalization. In 1959 Art accepted a position as Vice President of the H. E. Butt Foundation to develop and enhance its programs in health care, social welfare, mental health programming and community improvement. While based in Austin, he traveled extensively to central and south Texas to further the goals and objectives of the Foundation. Art and Gloria and their family returned to Corpus Christi in 1963 when he joined the executive staff of Flato Brothers, Inc. In his five years with that organization Art was responsible for real estate development in the housing, medical care and hotel areas. Returning to Austin in 1968, Art began a thirty year association with the University of Texas System, including administrative service in Health Affairs, Chancellor's Office, Development Office and culminating in 17 years as Executive Secretary of the Board of Regents. He retired from U. T. in 1998 as Executive Secretary Emeritus to the Board of Regents. During his career, Art served on many local and professional advisory groups on mental health, health care planning, allied health development and higher education programming. In addition, several Texas Governors appointed him to statewide responsibilities in tuberculous control (1965), cost of government (1967), regional medical program (1970), and the licensing of occupational therapists (1983). In retirement, he continued to serve as Vice Chairman of the Shivers Cancer Foundation, Chairman Emeritus and board member of the Austin Geriatric Center, Inc. and a member of the Advisory committee to the Children's Blood and Cancer Center affiliated with the Dell Children's Medical Center. In the private sector he served as a board member of ATP Oil and Gas Co, an international oil development and production company based in Houston and listed on the NASDAQ Exchange. In 2015, in recognition of his long and dedicated tenure, the Shivers Cancer Foundation funded an endowed academic position in the U. T. Austin Dell Medical School designated The Arthur H. Dilly Chair in Pediatric Oncology. Art is survived by his devoted wife of 66 years, Gloria, daughters, Sandra Dilly, Marie Werner and husband Danny, Cheryl McDavid, and grandsons Sean and William Werner, Christopher and Mitchell McDavid. He is also survived by three great-grandchildren, Gracie Ann and Beau McDavid and Colton Werner. Please join the family for an informal memorial gathering on Wednesday, June 21, 2017 from 5:00-7:00 p.m. at Weed-Corley Fish Funeral Home, 3125 North Lamar Blvd., Austin, TX 78705. In keeping with Art's wishes, there will be no public funeral service. In lieu of flowers, the family asks that memorial contributions be made to: Children's Blood & Cancer Center @ Dell Children's Medical Center of Central Texas 1301 Barbara Jordan Blvd., Suite 401 Austin, Texas 78723 Attn: Mary Frasher or a charity of your choice.
See more See Less