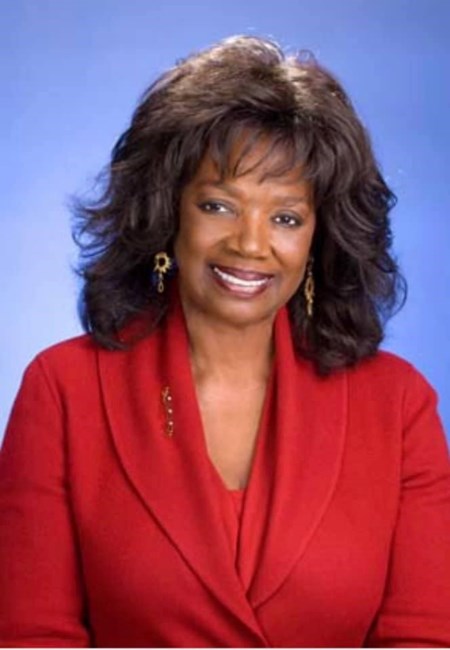 A Prayer of St. Francis of Assisi (1181/2-1226 A.D.) "Lord, make me an instrument of your peace; where there is hatred, let me sow love; where there is injury, pardon; where there is doubt, faith; where there is despair hope; where there is darkness, light; and where there is sadness, joy. For it is in giving that we receive; it is in pardoning that we are pardoned; and it is in dying that we are born to eternal life. Amen." -Anonymous BARBARA WILLIAMS WHITE, loving mother, grandmother and sister passed away peacefully on July 19, 2019, at her home surrounded by her family. She was the eldest of three girls born to Ernestine Cliett Austin and her husband Willie Austin on February 26, 1943, in Macon, Georgia. She enjoyed spending time with her family, and was a fashionista, who also loved to shop! She was raised in Jacksonville, Florida, and was educated in the Duval County public school system. She was a proud graduate of the 1960 class of New Stanton Senior High School, where she was crowned Miss 11th Grade in 1959. Upon graduation from New Stanton Senior High, she continued her education at Florida A&M University (FAMU) in Tallahassee, Florida, where she became a member of Alpha Kappa Alpha Sorority, Incorporated; Tau Beta Sigma National Honorary Band Fraternity; White and Gold Honor Society; and elected Miss Florida A&M University 1963-64. She was awarded the Bachelor of Science degree with honors in Music Education. Early in her professional career she had the distinct of working at her alma mater for two years as an assistant professor. Additionally, she received a Bachelor of Science in Social Work (summa cum laude); a Master of Social Work; and a Doctor of Philosophy from Florida State University (FSU). Later she served as associate dean at the FSU College of Social Work, where she also directed the master's degree program and received a University Teaching Excellence Award. She raised her family in Tallahassee, Florida, where she was a member of St Michael's and All Angele Episcopal Church and an active member of Links, Incorporated, before she re-located to Austin, Texas. She was appointed the first African American dean in the University of Texas at Austin in its history. She led the School of Social Work's successful efforts to meet new accreditation standards; to achieving a national ranking among the top ten schools of Social Work in the country; and participated in visionary efforts to enhance research and evidence-based practice. For her hard work and tireless effort, she was awarded the University's Presidential Citation in 2012-the highest University Award). Her work catapulted the school into a nationally recognized position of leadership. During his presentation of the Citation, former University President William Powers stated that, "Dr. White is among those leaders at the University who have consistently lived up to the University's Slogan: ' What starts Here Changes the World'. . .Barbara has nurtured a culture of believing in humanity's ability to make this world a better place. . .Her greatest legacy is the many graduates from the School of Social Work who have gone out into the world to make a difference.' " Upon her retirement in 2011, Barbara was named dean emeritus in honor of her outstanding 18 years of leadership and a distinguished career, where she oversaw the education and training of thousands of social workers, contributed to the knowledge of many more through scholarship; she led with compassion and integrity. According to President Gregory L. Fenves, President, University of Texas at Austin, "Dean White was a trailblazer as one of the most significant academic leaders in our University's history. . .As the first African American dean at University of Texas, she rose to the top of her field and was a national leader in social work education and research. Her legacy and accomplishments will inspire generations of future social workers at UT and throughout the nation." Barbara was an accomplished scholar in the areas of cultural diversity, women studies and domestic violence. She was actively involved in social work education, and was the only person in her profession to hold the presidencies of both the National Association of Social Workers (NASW) and the Council on Social Work Education (CSWE). She was also very active in community service, serving on boards of many organizations. Among her numerous awards and recognitions are NASW Pioneer; Presidential Award for Leadership in Social Work Education; the Rhoda G. Sarnet for Contributions to the Public Image of Professional Social Work, NASW' Lifetime Achievement Award, NASW-Texas; Inaugural Fellow and Board Member, American Academy of Social Work and Social Welfare; Presidential Medal of Honor, Association of Baccalaureate Social Work Program Directors; Significant Lifetime Achievement in Social Work Education Award, CSWE; Member, African American Women's Hall of Fame; Community Service Achievement Award, Links, Incorporated, Austin Chapter. Barbara Williams White was preceded in death by her mother, Ernestine Cliett Austin and her husband Willie Austin; her sister, Cassandra Lynette Austin. Survivors include her devoted daughters, Tonja White Mathews (Raymond, Jr.) and Phaedra White Abbott (Patrick), and their father, Dr. Julian E. White; sister, Claudette Austin Gibbs (Leroy); grandchildren, John Julian Burt and Mallory Michelle Mathews; a host of nieces, nephews, cousins, colleagues, and special friends-of-the-heart. There will be a memorial service 2:00 pm on Friday, August 30, 2019 in the McCullough Theater located at 2375 Robert Dedman Drive, Austin, Texas 78712. Goodbyes are only for those who love with their eyes. Because for those who love with heart and soul there is no such thing as separation. -Rumi
See more See Less

In Memory Of Barbara W. White