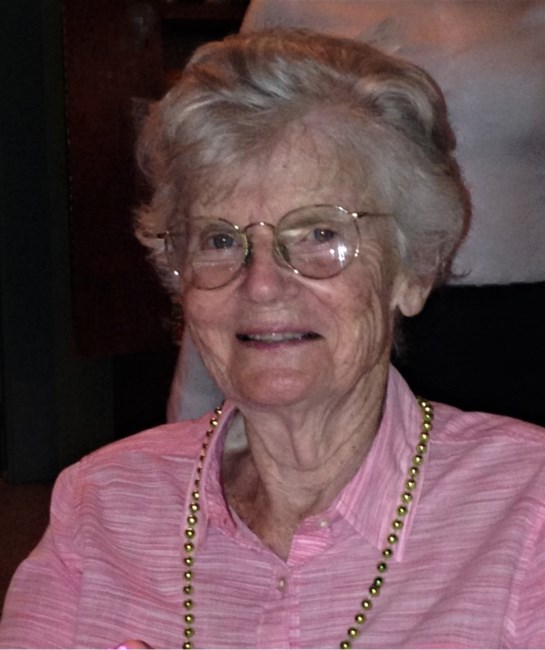 Betsy Ancker-Johnson was born in St. Louis, Missouri on April 29, 1927 to Clinton James Ancker and Fern Lalan Ancker. She was an “army brat” and after her father retired from the military was raised in the Indianapolis area. She received her Bachelor’s Degree with High Honor’s in Physics from Wellesley College in 1949 and was elected a member of Phi Beta Kappa and Sigma Xi Honor’s Societies. While studying at Wellesley College, she became an active member of Intervarsity Christian Fellowship and she practiced her Christian faith throughout her life. After graduating from Wellesley, she traveled to Germany to earn her PhD from the University of Tübingen, where she graduated magnum cum laude in 1953. She was the only female student in the physics department. After returning to the United States in 1953, Betsy worked in physics research and lectured at the University of California, Berkeley, where she met her beloved husband, Harold Hunt Johnson. In 1961, she moved to Seattle to teach electrical engineering at the University of Washington. During this time, she worked as a research specialist at the plasma physics labs of Boeing Science Research Laboratories. In 1973, Betsy and family moved to Washington D.C. when she was the first women appointed by President Richard Nixon to be the Assistant Secretary of Commerce for Science and Technology. She continued to serve under the Nixon, Ford, and Carter Administrations. While working in the U.S. Department of Commerce, Betsy advocated for a conversion to the metric system and DNA research, which eventually led to the Genome Project in 1990.Throughout her career she served on numerous corporate boards including General Mills. In 1979, Betsy became Vice President of Environmental Activities at General Motors in Detroit. This position made her the first female vice president in the automotive industry. Betsy eventually retired from General Motors in 1992. During her career she published over 70 scientific papers and patents. Betsy earned many awards and fellowships, including ones from the American Physical Society, Society of Automotive Engineers, National Academy of Engineering, Boeing Co. Performance Excellence Award, and the Chairman’s Award of the American Association of Engineering Societies. She also earned multiple honorary degrees, including Honorary Doctor of Science from New York Polytechnic Institute, Honorary Doctor of Science from the University of Southern California, and Honorary Doctor of Law from Bates College. Throughout Betsy’s career, she championed for women’s equality in the workplace. Betsy lived life to the fullest—traveling, kayaking, backpacking, scuba diving, earning a yellow belt in Aikido and raising four children. After retirement she began competitively swimming in the Master’s swimming program. At 80, she placed 3rd in the 2008 World Masters Championships at Perth in the 800m freestyle. Hal and Betsy traveled extensively to many remote places often on educational trips. After her daughter, Ruth lost her vision she began reading scientific books for the blind in her honor. Betsy died on July 2, 2020 of natural causes. She is survived by her two daughters, Ruth Pettigrew Johnson and Marti Hunt Gab. She is also survived by six grandchildren, Violet Pettigrew Pendzuk, Nicholas Ancker Gab, Owen Hunt Gab, Trevor Jackson Gab, Corey David Johnson, and Amanda Marie Townsend; as well as her son-in-law Bert Josef Gab. She was preceded in death by her husband of 51 years, Harold Hunt Johnson, and two sons, Paul Ancker Johnson and David Harold Johnson and her two brothers, Clinton James Ancker Jr. and Jack P. Ancker. Contributions in Betsy’s honor can be made to EndPoverty.org or the World Wildlife Fund.
See more See Less

In Memory Of Betsy Ancker-Johnson