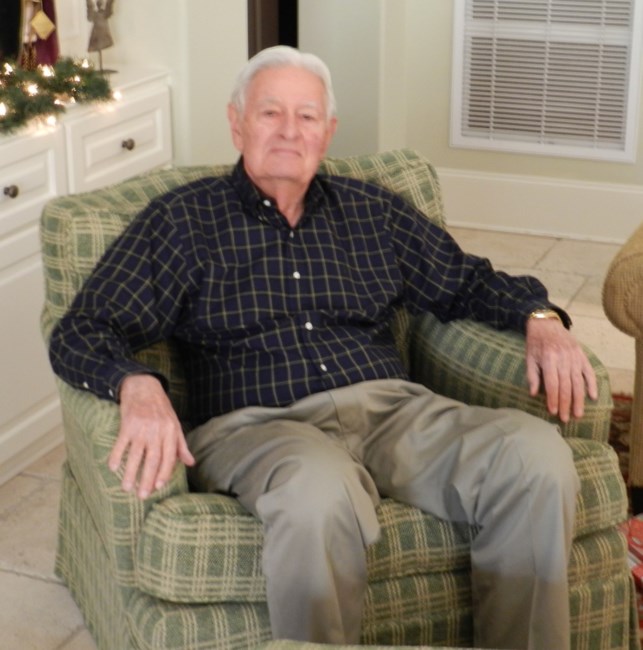 Beverly Welford Beckham III, age 88, passed away surrounded by family on November 17, 2020. Beverly was born on June 25, 1932 in Marlin, Texas, the eldest of three children. As a young child he moved to Robstown, Texas. He attended Robstown High School, Shriner College in Kerrville and graduated from the University of Texas in Austin. It was in Robstown that he met and married the love of his life, Rhea Louise Gracey in June of 1957. They were married for 54 years. They had one son Beverly W. Beckham IV and daughter Nanci Caye Beckham. Beverly worked in the oil business, primarily with offshore drilling contractors. He spent the majority of his career with Western Oceanic. Beverly travelled the world through his work with Western. During his career in the oil business the family moved 14 times, from one coast to the other with stops in the middle and a two year stint in London, England. Early on in life, he started jogging and would rise at 5:00 am before work to put in his miles. He would go on to say that he contributed his consistent workout schedule for extending his life to 88 years old. Beverly had a strong draw to his lake house on Lake LBJ, the family spent many wonderful and stress free days at the lake. A good friend once said “that Beverly was such a kind, generous, caring and entertaining man, who made each person feel like they were secretly his favorite.” Beverly had many wonderful friends through life, but James Huie had to be considered his best friend of them all. Beverly is predeceased by his wife Rhea Louise Beckham and parents, Beverly W. Beckham Jr. and Martha Glenn Heyser Beckham, as well as his sister, Shirley Ann Beckham and brother Robert L. Beckham. He is survived by his son Beverly W. Beckham IV, and his wife Cynthia O. Beckham and daughter, Nanci C. Beckham. As well the grand children, Beverly W. Beckham V and wife Bell B. Beckham, Emily A. Beckham, Ashley Crain, and husband Colin Crain, and Carter C. Magee. Given the ongoing pandemic, the family will hold a private memorial service at a date to be determined.
See more See Less