The family of Brian Lynn Brown Jr. would like to express our heartfelt thanks for your prayers, expressions of love, calls and visits, our hearts are forever touched by your thoughtfulness. We thank God for allowing each of you to be a blessing to our family. Your kindness will not be forgotten. 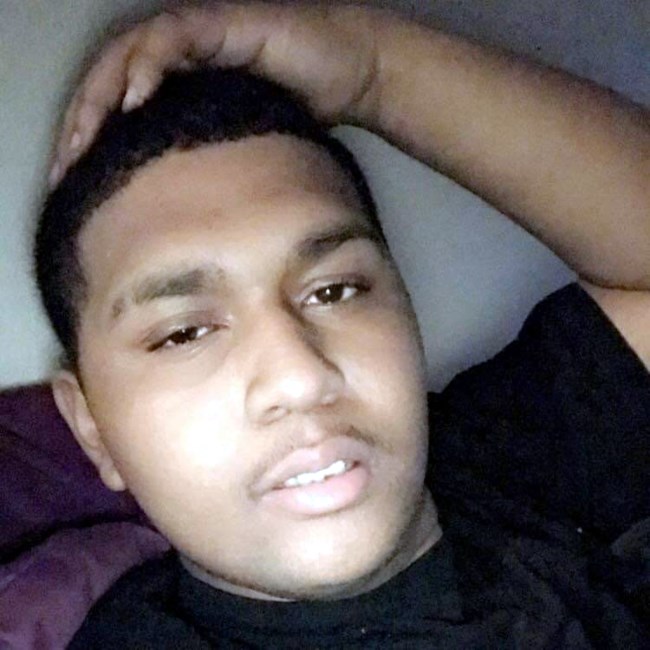 Brian Lynn Brown, Jr. affectionately called {Little Brian} was born January 2, 2001, to Brian Lynn Brown, Sr. and Jacqueline Brown Smith in Austin, Texas. He was the second oldest of six children. Little Brian began his early childhood education in Austin, Texas until the family relocated to San Antonio, Texas where he attended Karen Wagner High School. Brian loved his family and had a great sense of humor and enjoyed telling jokes. Brian was outgoing and loved to be outside skateboarding, going to the lake swimming and fishing. Brian had become good at barbecuing, a skill he learned from his Uncle Daniel. Brian was developing his barbecuing skills on brisket & sausage but would say his specialty was barbecue ribs. Brian also enjoyed playing video games with his brother Braylynn & cousin Tracale. His favorite games were Call of Duty & Skateboard 3. When Brian wasn’t playing video games, he was chillin with his cousin /brother Patrick. The two of them together were like two peas in a pod. They would listen to music, and eat Brian’s favorite food Pepperoni Pizza. Brian liked most genres of music, but loved Old school Rap. He would often say he was destined to be famous and was proud of his talent to Freestyle Rap. Brian accepted Christ at an early age. During his teen years he attended and was baptized at Emmanuel A.M.E. Church by Youth Minister Rev. Beth Key, under the leadership of Pastor Carl E. Garmon, Sr. in San Antonio Texas. At Emmanuel, Brian was active in the Young People’s Department, Youth Choir and Sunday School. Brian was preceded in death by his maternal grandfather, Robert Cornelius Smith and his sister, Hazel Nikole Pierce. Brian leaves behind to cherish his memory, his parents, Jacqueline A. Brown-Smith of Austin, Texas and Brian L. Brown, Sr. of San Antonio, Texas. Four sisters, Kierra & Brielle of Austin, Texas, Brooklyn of San Antonio, Texas and Ermias Arie Brown Pierce of Austin, Texas; one brother, Braylynn of Austin, Texas; grandparents, Wynell Nealy-White (Preston) of San Antonio, Texas; Sadie Smith of Austin, Texas; Larry Nealy of Dallas, Texas; and two aunts, Shannon Nealy of Arlington, Texas and Sharon Brown of Lockhart, Texas one Uncle, Daniel Brown of Austin, Texas and one niece Bri’ayra Smith (Peanut); and a host of cousins, family and friends. A visitation for Brian will be held Friday, January 27, 2023 from 5:00 PM to 7:00 PM at Cook-Walden Funeral Home, 6100 North Lamar Boulevard, Austin, Texas 78752. A funeral service will occur Saturday, January 28, 2023 at 2:00 PM, 6100 North Lamar Boulevard, Austin, Texas 78752. A graveside service will occur Saturday, January 28, 2023 at 3:30 PM at Brown Cemetery, 710 Castle Ridge Dr., Austin, Texas 78746. Fond memories and expressions of sympathy may be shared at www.cookwaldenfuneralhome.com for the Brown family.
See more See Less