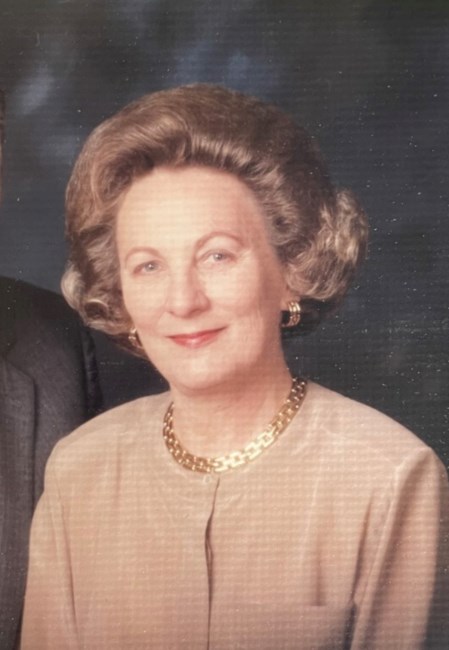 Carol Harter Glass, 90, of Austin, Texas died peacefully on Thursday, January 12, 2023 Carol was born November 16, 1932, in Marlin, Texas to William John "Poss" Harter and Cordelia "Corrie" Box Harter. She attended Southwestern University in Georgetown, Texas, where she earned a B.S. in Home Economics in 1953. Carol was an active member of Delta Delta Delta sorority and basketball sweetheart. In 1954 she married the love of her life, Edward Marshall Glass, who was also born and raised in Marlin. The epitome of a wife and mother, Carol relocated across the country and then overseas with Edward while he was in flight school and when he became a pilot with the United States Air Force. After raising their two children in Wichita Falls and San Antonio and his lengthy career in wealth management, Carol and Edward retired to Horseshoe Bay and spent the next 20 years enjoying the beautiful Texas Hill Country. They decided to move closer to their family in 2013 and relocated to Austin, where they spent the remainder of their time together. Following Edward's death in 2014, she made a special group of friends and fellow widows that brought new joy and happiness to her life. It was also during this time that she became a great-grandmother; a title that she embraced with much delight and love. Carol is preceded in death by her loving husband, Edward, and her son, William Glass. She is survived by her devoted daughter Ann Glass Rinehart and partner Keith Elkins; grandson Johnson M. Rinehart and partner Chris Baker; grandson Jeffrey E. Rinehart and wife Jessica Rinehart; great-grandchildren Marshall Rinehart and Olivia Rinehart; sister-in-law Dorothy Glass Robbins; and many special relatives. A service followed by a reception will be held on Saturday, January 28, 2023, at 3:00 pm at the Weed-Corley-Fish Funeral Home on Parkcrest Drive in Austin. Graveside service will take place Monday, January 30, 2023, at 11:00 am at the Calvary Cemetery in Marlin.
See more See Less

In Memory Of Carol Harter Glass