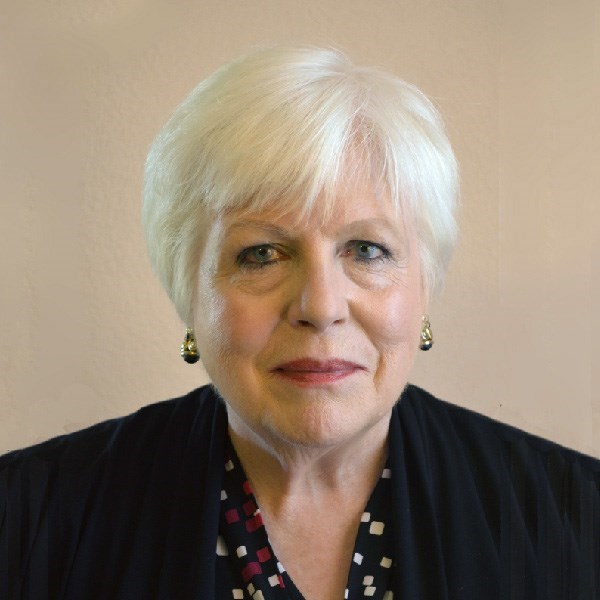 Catherine Houston “Kay” Umstattd Smith passed away in Austin at age 74 on June 21, 2022, after a brief illness. A native of Austin and direct descendant of Austin’s John Bremond, she was born on February 29, 1948, daughter of the late James McNutt Umstattd and Catherine Houston Umstattd of Austin. In addition to her parents, Kay’s brother Robert McNutt Umstattd also predeceased her. Kay’s loving husband Dr. William Ramer “Bill” Smith of Austin survives her, and next month they would have celebrated thirty-nine years of marriage. Also surviving is their son Oliver Preston Smith, his wife Christiana, and six grandchildren, all of Weatherford, and Kay’s brother Hale Bremond Umstattd, his wife Shannon, and their children Reid (Jena) Umstattd, Shelby (Ben) Barnes, Courtney (Nick) Quintana, as well as Leigh (Chris) Weyand and their three sons, all of Austin. Kay grew up and went through school in Austin. She was a proud graduate of the original Austin High School on Rio Grande, and she graduated from the University of Texas at Austin with a degree in history. At the University, Kay was a member of Kappa Kappa Gamma. She was a Kappa for more than a half century and received her 50-year pin. Throughout her life, Kay was an avid fan of Longhorn football and baseball. After finishing her schooling, Kay lived and worked in Houston for some years, and she and Bill met there while working at the same independent petroleum production, refining, and marketing company. Not long afterwards, they married and moved to Austin to live, where Kay eventually took a position as Director of Religious Education for Austin’s Episcopal Church of the Good Shepherd, the church where she had grown up. During her tenure of more than a decade, she had Vacation Bible Schools that a friend and former church administrator described as the envy of all the churches in Austin. After retiring from that position, she continued an active life in the church, often spearheading hospitality endeavors by St. Brigid’s Guild and other church groups. She was known for her flair in all things creative and for setting and meeting lofty standards in connection with church hospitality. In addition to the church, Kay was active in charitable efforts in Austin, most notably that of the Settlement Club’s Home for Children, serving for around two decades as a department chair in connection with the club’s annual charity garage sale. She also planned and organized social events for the members and was a longtime member of the Meadows Cottage Committee, planning events for girls in the cottage on special occasions. It is safe to say that, during her lifetime, Kay touched the lives of many people, young and old. All those who knew her will miss her sense of humor, her unique voice, her colorful personality, and her hearty laugh! Memorial Services will be held 10:30 am Thursday, July 21, 2022 at The Episcopal Church of the Good Shepherd. In lieu of flowers, please donate in her name to The Episcopal Church of the Good Shepherd (3201 Windsor Rd, Austin, TX 78703), The Settlement Home for Children (1600 Payton Gin Rd, Austin, TX, 78758), or the charity of your choice.
See more See Less