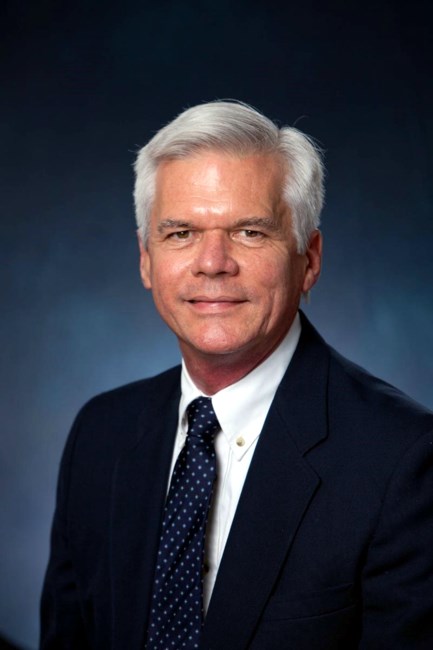 On January 24, 2020, Charles Allen Coward, son of Merrill and Marie Coward, was called to heaven after a 10-year courageous battle with cancer. He was born in Wharton, TX on October 25, 1952 and grew up in Port Lavaca, where he attended the public schools, and played in the Calhoun High School Band. He then attended Southwestern University, in Georgetown, TX, graduating with a degree in music education. After graduation, he taught Junior High and High School band with the Laredo, Pharr-San Juan-Alamo, Edinburg and Sharyland School Districts for several years. He began a second career in the IT department for TRACOR and BAE Systems, having recently received his 35-year plaque. He continued to live his passion for music as a loyal 30-year member of the esteemed Austin Symphonic Band, which he served as their trumpet section leader for several years. He also performed with several small German polka bands, frequently performing in the Central Texas area. It was not unusual to see Charles perform his trumpet for church services at St. Martin’s Lutheran Church in Austin. When he was not playing his trumpet, Charles served as an usher at his own Church, All Saints Episcopal Church in Austin. Charles’ first and foremost loves of his life were his surviving twin sons, Andrew and David Coward. He taught his sons to be honest, humble, and hard-working. He also instilled in them his love for fishing and the outdoors. Other survivors are his many cousins with whom he grew up. The Coward family would like to thank his oncologist, Dr. Fain, and the outstanding doctors and nurses at Seton Hospital, who cared for him with great compassion the last hours of his life. Funeral services will be February 29, at 2:00 p.m., at All Saints’ Episcopal Church, 209 W. 27th St. Austin, TX 78705, followed by a Committal in Bennett Garden. In lieu of flowers, those who wish to honor Charles’ memory may donate to the Austin Symphonic Band austinsymphonicband.org/memorial or All Saints’ Episcopal Church www.allsaints-austin.org/give.
See more See Less

In Memory Of Charles Allen Coward