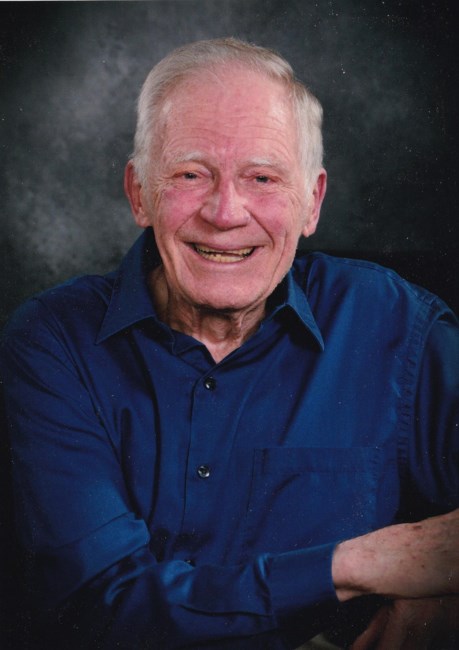 Dr. Charles (“Chuck”) H. Roth Professor Emeritus Charles H. Roth, Jr. was born to Bessie and Charles Roth on December 5, 1932 in St. Paul, Minnesota, and graduated from Central High School as Valedictorian. He went on to the University of Minnesota where he was a member of the engineering honor society, Tau Beta Pi, president of the IEEE society, and graduated top of his electrical engineering class. Chuck met his wife, Kaye Lehmkuhl, at youth group meetings at the Olivet Congregational Church during college and they married in the summer of 1958. They moved to Boston where Chuck earned his M.S. in Electrical Engineering from Massachusetts Institute of Technology (MIT). From there, Kaye and Chuck moved to California where Chuck earned his Ph.D. in Engineering from Stanford University, while Kaye taught school in Menlo Park. Then in 1961, Chuck accepted a position as an assistant professor at the University of Texas, so he and Kaye moved to Austin. By then Kaye was pregnant with twins! Peter and Andrew were born on February 3, 1962, and when they were nine years old, Kaye gave birth to their third son, Rick. At UT, Dr. Roth developed a self-paced computer course with accompanying textbook called, “Fundamentals of Logic Design.” With the help of teaching assistants and graders, he taught thousands of students this course over many years, sometimes with over 500 students in the lecture hall. The class was named UT's Student IEEE's Most Useful Class Award two years in a row. From a former student, “it was the most famous course in the entirety of the electrical engineering curriculum, demanding and well designed, and the gauntlet that separated those who really wanted to work for their place in the program.” Dr. Roth’s book is still widely used in engineering schools today and has been updated and revised seven times. He also authored three other textbooks, including one for senior engineering students, “Digital Systems Design Using VHDL.” His research explored a graphical state programming language for microprocessor-based systems and a development system for implementing this language. Professor Roth taught at the University of Texas for over 50 years, becoming a full professor and earning many awards including the General Dynamics Outstanding Engineering Teaching award in 1974. His hobbies included cycling, dancing, photography, traveling and hiking. He spent many hours maintaining their beloved cabin in Estes Park, Colorado and hiking with his family in Rocky Mountain National Park. One of his most memorable big adventures was climbing Long’s Peak with his sons. He was a true scholar and dedicated Eagle Scout, for when he started something, he eventually became an expert, and thus contributed much to the engineering field and the dance community. Chuck first encountered dancing at a summer youth camp in Michigan. Then while at the University of Minnesota he took dance lessons at the Arthur Murray studio. Later in Austin, Chuck became involved in Folk, Contra, and English dancing with several groups, including the Traditional Austin Area Dance Association, Austin International Folk Dancers, Austin Barn Dances, and was on the Board of Directors for the Texas International Folk Dancers, which has hosted an annual Thanksgiving camp for 75 years. He was much in demand as a “caller,” and very active in these organizations until he was well into his 80’s. He received two awards for his long and valuable service in leading, teaching, and promoting international folk dancing in Texas, and Kaye thought him quite handsome in his lederhosen. Chuck and Kaye traveled to many exciting locations. They went to Estonia and Hungary with Kaye’s choir. They were invited to visit a friend of Chuck’s from UT who had moved to Austria. They also went to Scandinavia where they participated in music and dance festivals. Ever the Eagle Scout and true scholar, he eventually became an expert at whatever he loved, and thus contributed much to the engineering and the dance communities. He was known as a hard worker who was trustworthy and diligent in all his endeavors. He loved his family and his church, Covenant Presbyterian, where he was active in the men’s bible study and prayer group and Sunday school, especially after he retired. Chuck suffered from Parkinson’s in his later years which kept him from driving and riding his bicycle, but he worked diligently to maintain his physical and mental abilities. Dr. Roth passed away on Wednesday, August 24, 2022. He and Kaye had just celebrated their 64th wedding anniversary on August 9, 2022. He is survived by his beloved wife, Kaye, of Austin; his son Andrew and wife Holly and grandson, Nathanael; and son Richard (Rick) and grandsons, Carson and Calvin. He was preceded in death by his son, Peter. He will be greatly missed. The family wishes to extend their gratitude to Olivia Vallejo-Copeland, Vanessa Gonzales, Lisa Castellon, Victoria Vallejo, Lucille Flores and Brenda Moore who so lovingly cared for Chuck over the last year; also the entire staff at Brookdale Northwest and South Park Meadows Nursing and Rehab. Please send memorial gifts to Covenant Presbyterian Church or Austin International Folk Dancers or Texas International Folk Dancers. A memorial service will be held on Tuesday, September 6 at 2:00 pm at Covenant Presbyterian Church, 3003 Northland Dr., Austin 78757. Arrangements by Weed Corley.
See more See Less