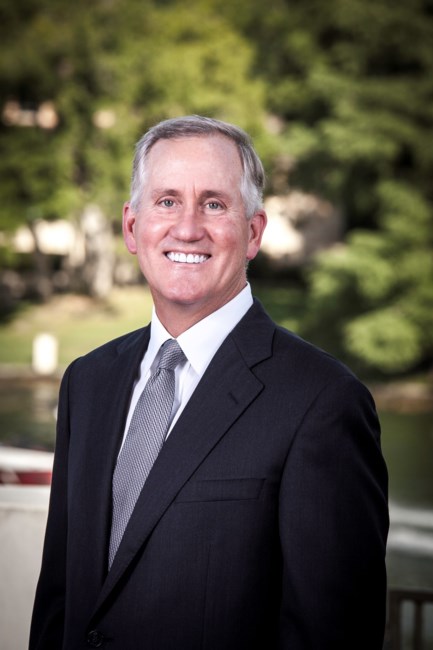 On Saturday morning August 27th Jesus came and took Corey Lavere Hart to Heaven with his wife Cheryl by his side. Corey was at the young age of 61 and endured a hard fought 11 month battle with brain cancer. Corey spent the last week surrounded by family and friends resting peacefully at St. David’s South Austin Medical Center. Special thanks to the exceptional nurses, doctors, and hospice team on the Cancer Center Floor. Corey was born on August 6, 1961 in Miami, Florida. He grew up in a house in South Miami, Florida with tall pines, a pool and no air-conditioning (or maybe he had air-conditioning, but his mother never turned it on). Corey attended Westwood Christian Elementary and junior high/high school years at Westminster Christian High School (of which he was extremely proud to have attended and where many of his fellow students are still friends today). Corey was a baseball pitcher and starting quarterback in high school. His love of football and baseball permeated his life. He was often caught at school keeping statistics and drawing pictures of various players and sports heroes. Corey’s High School baseball coach shared that “Corey was an outstanding pitcher and the ultimate warrior who was as good a competitor as any I have coached.” Corey’s college years were spent at Baylor University where he received a BBA in Finance and at University of Miami where he received an MBA in Finance. Corey was an AVID Baylor Bear fan and active Sigma Alpha Epsilon member his entire life. He spent much of his college days playing sports, participating in SAE activities, and attending Baylor sporting events. Corey was a loving husband and father. Corey’s greatest love was his wife and kids where he enjoyed spending time with his family, attending kids activities, boating on Lake Austin, and traveling to the beach and mountains. He had a passion for coaching sports at Hyde Park School where his kids attended over the years. Corey did a number of mission trips to Nicaragua where he shared the gospel of Jesus Christ and sponsored kids to attend school. Corey had a love for golf, baseball, boating on Lake Austin, and college sports (which of course included his favorite Baylor Bears!). Corey began his professional career in financial services in 1987. Working primarily with small business owners for the first decade, Corey teamed up with a mid-size CPA firm to help with retirement planning, college funding, risk management, investment planning and founded Hart Financial Group in 1990. By the late 1990’s, recognizing the need for a broader team approach to serve his clients, Corey began expanding Hart Financial Group with high-quality advisors, as well as technical and service staff in the industry. For the last 32 years, Corey and his team have worked with many families on their wealth management needs, built a business that manages over $1B in assets, and led the transition to Hightower Advisors which greatly increased their capabilities to support their clients. Corey loved Jesus, always lived large, and invited friends in on every moment of his life. Corey never met a stranger or left any circle of friends - he simply grew more circles. Corey is preceded in death by his parents Ray Lavere Hart and Mary Annalee Hart. He is survived by his wife Cheryl who he was married to for 24 years and 3 children Dawson, Lauren, and Hudson. Memorial Service: September 1st, 2:00pm at Westlake Hills Presbyterian Church, 7127 Bee Cave Road, Austin, Texas 78746. The Memorial Service will be followed by a Celebration Of Life at 3:30pm located at Austin Country Club, 4408 Long Champ Drive, Austin, Texas 78746. In lieu of flowers, please donate to The Leukemia & Lymphoma Society | South Central Texas Chapter-Austin at lls.org in Corey’s name so we can continue to fight cancer
See more See Less

In Memory Of Corey L. Hart