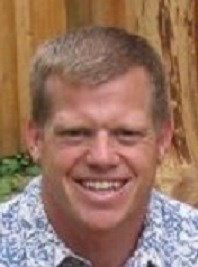 David Phillips – our funny, chill, athletic husband, daddy, son, brother, uncle, and friend – passed from this life to the next on Thursday, May 2, 2019. David was born February 17, 1967, in Dallas, Texas to Donald Reed Phillips and Patsy Dane Delaney Phillips. He graduated from Richardson High School in 1985, received a Bachelor of Business Administration from the University of Texas at Austin in 1991, and a Master of Business Administration from St. Edwards University in 1996. During his working career, David was with Motorola for 7 years and Dell Technologies for 14 years. While attending UT, David met Allison Matthews and after a year of Allison setting him up with her friends, he finally convinced her that she was the person he wanted to be with, and they became a couple. They were married in Austin on May 14, 1995. David and Allison joined University Presbyterian Church (UPC) shortly before their marriage and quickly became faithful members. Their family has participated in UPC’s Annual All-Church Retreats at Mo-Ranch, where David and Allison led the children’s programs. They have participated in their church’s border mission project, traveling to Reynosa, Mexico during their spring breaks to build homes for homeless families through Faith Ministry. They have also been active in children’s ministry at UPC, serving as preschool Bridge to Worship leaders for over 15 years. All 5 of their children were baptized at UPC and 4 have been confirmed there. David’s family life and personal interests in sports, athletics, and fitness were intertwined and he was a role model for his children. David was a wrestler in high school, competing in the state championship as a senior. Throughout his adult life, he competed in numerous marathons, ultramarathons, and triathlons, many of which were fundraising races. He completed 3 Ironman triathlons – one with Allison. The epitome of an active and environmentalist lifestyle, David cycled 35 miles round trip to work at Dell, year round, and would take lunch breaks to run or swim with coworkers. He encouraged and supported Allison and his children in their sports and fitness activities, leading Austin Youth Fitness cycling and running camps, coaching flag football, basketball, lacrosse, and baseball teams, and attending nearly every game and meet, learning the rules and strategies of all the various sports his 5 active children participate in. His favorite way to be active was simply playing with his children. Birthdays, anniversaries, holidays, and other special times were celebrated with family trail runs, swimming, biking, kayaking, body surfing, skiing, sledding, Rangers games, and Longhorn games. David’s energy and enthusiasm were balanced by his humble, quiet strength and spiritual centeredness. He was much loved by all who knew him, and his kind and gentle presence will be greatly missed. David is survived by his wife, Allison, and he leaves a legacy in his daughters, Laney, Sally, Ellie, and Lucy, and his son, Liam. He is also survived by his mother, Patsy Phillips; his father, Don Phillips, and stepmother, Carollee Phillips; his brother, Reed Phillips, sister-in-law, Alisa Phillips, and nephews, Nathanael and Cody; his stepbrothers, Cary Mellema and Dean Mellema; his stepsister, Gayna Mellema; his stepfather, Myron Lazar; his sister-in-law, Emily Roe, brother-in-law, Matt Roe, nephew, Davis, and niece, Mary; his mother-in-law, Carol Rigby-Hiebert, and her husband, Tommy Hiebert; his father-in-law, Shannon Matthews, and his wife, Deborah McRoberts; and many extended family members and dear friends. In lieu of flowers for his service, please honor David’s life by donating to these non-profit organizations that have been important to David and his family: Beyond Batten Disease Foundation – https://beyondbatten.org/donate/ Faith Ministry – https://faithministry.org/give/ Micah 6 of Austin – bit.ly/2PN50HC (512) 478-8559 Ext. 206 The Trail Foundation – https://thetrailfoundation.org/give/ways-to-give/honor-a-loved-one/ UPLift Fund at University Presbyterian Church – https://upcaustin.org/online-giving-and-pledges Wonders & Worries – https://www.wondersandworries.org/donate/ or a charity of your choice.
See more See Less

In Memory Of David Wayne Phillips