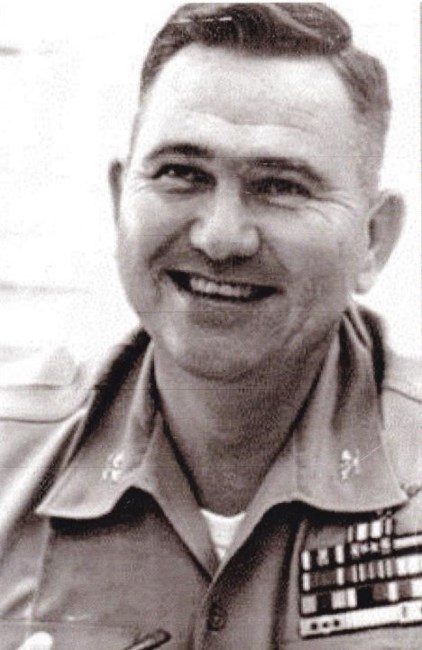 Colonel Dean Caswell, USMC (Ret) born July 24, 1922 deceased Sept 21st, 2022 at the age of 100. He was born in Banning, California and grew up in Edinburg, Texas. He attended Edinburg Junior College prior to joining the Marine Corps in September 1942. He was the last living American Marine Corps fighter ace of World War II. He fought in World War II, the Korean war and the Vietnam war. He retired from military service in 1968 at the rank of Colonel. During his service, Dean received several medals, including a Silver Star, two Distinguished Flying Crosses with three gold stars, an Air Medal with four gold stars and a Congressional Gold Medal. Dean flew over 10,000 hours and served in 110 combat missions. He also flew with the Blue Angels. Remarkably, throughout this combat, no bullet holes were ever found on Caswell’s aircraft; he was never hit by enemy fire! During his lifetime Dean had piloted 56 different aircraft. After his distinguished service in the Marine Corps, Dean continued to stay active with two more careers and many other endeavors. He first served the community by running the operations of the City of Austin Robert Mueller Airport. Dean then switched his focus for the next 40 plus years serving and helping business owners and families as an agent and advisor with New York Life. Dean continued mentoring young men and women, in the business, up to and through the last years of his life. During these years he was active with private aircraft development projects and was a member of the American Fighter Aces Association (of which he was president for four years). You would often find him as a guest speaker at air shows and other events. He was an active adult leader of the Boy Scouts. He has also authored seven books about his life and adventures. He is survived by his wife Mary Donahue Caswell, and his sister Helen. His combined family of 12 children: David, Barbara, Catherine, Daniel, Lynette, Christopher, Matt, James, Timothy, Mary Jo, Silas, Mike and Alanna. 20 Grandchildren: Ryan, Jason, Danielle, Benjamin, Austin, Lexi, Trevor, Emily, Becky, Charles Eric, Tabitha, Brett, Danielle, Gunnar, Brian, Briana, Michelle, Jeremy, Duane, Zach, Kelsey, Jeff, Karen, Jacob. 12 Great grandchildren: Kylie, Makayla, Kinley, Abby, Charlotte, Sophia, Leia, Payton, Lorelei, Lexie, Karina, and Ariana. 1 Great Great Grandchild, Levi. Dean is preceded in death by his parents, two sisters, his son and Daughter-n-law, Thomas and Becky, former wife, Audrey.
See more See Less