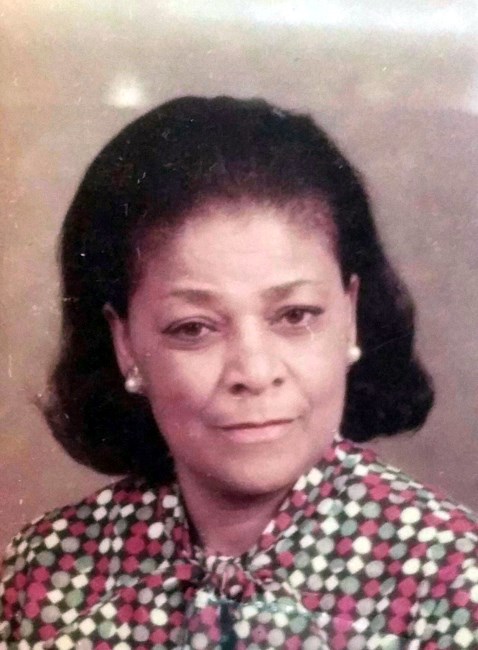 On September 12, 1921, Willie and Elizabeth (Elliott) Robinson welcomed their first daughter into the world. Willie and Lizzy looked into their beautiful newborn baby’s eyes, naming her Edna Marie. After a short illness, God called Edna home on Tuesday, January 17, 2023. Edna Robinson-Eppright was married to the late William Anderson Eppright in holy matrimony on December 22, 1946. Together they created memories that would be forever cherished. Edna Marie was preceded in death by her parents, Willie and Elizabeth Robinson; her husband, William Eppright; sisters, Ruth Robinson, Rosa Lee Robinson-Roberson, Corine Robinson-Rice, Elizabeth Robinson-Eppright, Mary Robinson-Musson, and Bobbie Robinson-Eppright; brothers, Percy, Vernon, and Frank Robinson; and her son-in-law, Henry Allen Chambers. She is survived by her loving daughter, Beverly Jean Eppright-Chambers; her granddaughter, Kimberly Chambers-Hodges (Farris); grandson, Sean Chambers; great-grandsons, Julian Chambers and Brandon Hardeman; great-great-granddaughter, Sanai Chambers; god-granddaughter, Iris Eaglin; along with a host of nieces and nephews. Edna accepted Christ at an early age, attending Rising Star Baptist Church. She was a proud member of Missionary One. She attended Manor ISD, later obtaining a Cosmetology License. Edna Marie retired from Texas School for the Blind and Visually Impaired. After retirement, she and her husband Bill enjoyed gardening, spending time with family, and preparing favorite dishes. She possessed a level of dedication and drive many could not compare with. Ed was loved, respected, and adored by her family, neighbors, and friends. Edna Robinson-Eppright was a devoted wife, an amazing mother, and a loving grandmother. Her tireless efforts will be missed. A visitation for Edna will be held Friday, January 27, 2023 from 9:00 AM to 11:00 AM at Cook-Walden Funeral Home, 6100 North Lamar Boulevard, Austin, Texas 78752. A funeral service will occur Friday, January 27, 2023 at 11:00 AM, 6100 North Lamar Boulevard, Austin, Texas 78752. A committal service will occur Friday, January 27, 2023 at 12:30 PM at Cook-Walden/ Memorial Hill Cemetery, 14501 North IH-35 Frontage Road, Pflugerville, Texas 78660. Fond memories and expressions of sympathy may be shared at www.cookwaldenfuneralhome.com for the Eppright family.
See more See Less

In Memory Of Edna Marie Eppright