For those who would like to attend services virtually, Live Streaming will be available at https://m.facebook.com/CookWaldenFuneralHome/ 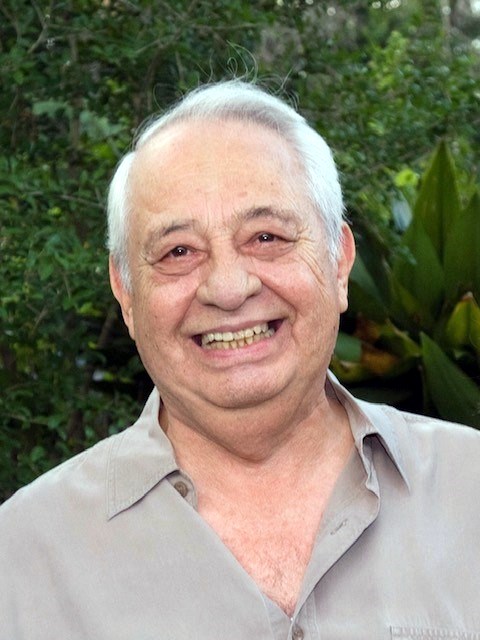 Fidel Sanchez ("Fifi") Hernandez, age 94, passed away on January 6, 2021. He is predeceased by his spouse of 69 years, Marie Davis Hernandez, and is survived by their four children: son, Fidel G. Hernandez, companion Brook Brown; daughter Dorothy M. Frasch, spouse Jay; daughter Katherine A. Bell, spouse Richard; and daughter Patricia G. Vogel, spouse Jerry; 8 grandchildren: James M. Hernandez, Jennifer M. Bluerock, Janeese M. Krueger, Kelby R. Pfeiffer, Kyle D. Frasch, Michelle D. Frasch, Connor J. Vogel, Sumner J. Vogel; 12 great grandchildren; and 3 great-great-grandchildren. He is also survived by his brother Jesse Hernandez, and numerous nieces and nephews. Fidel was born in Austin on April 24, 1926, to Francisco and Consuelo Hernandez. He attended Austin public schools, and received his GED upon his return from active duty service in World War II. At age 17, Fidel enlisted in the U.S. Navy during World War II, and served in Carrier Aircraft Service Unit 44 in Tinian, Marshall Islands, in the South Pacific. He was discharged on May 23, 1946 as Seaman 1st Class. When he returned from the war, he and Marie began their courtship, and married on July 10, 1948. Theirs was a lifelong, happy marriage, in which they raised a family, shared a wealth of friends, and a love of a good party. After leaving the Navy to return to Austin, Fidel was employed by Crawford-Penick and then Maverick-Clarke Office Supply until disabled in the late 1960's. Following a stint at the Mayo Clinic to treat his chronic pain, he and Marie began an import business, operating in partnership with friends from Minnesota, to sell at trade fairs in the northern lakes area. In October 2014, he was honored to be a part of Honor Flight Austin's 20th flight, in recognition of his service to his country during World War II, accompanied by his son-in-law, Jay Frasch. Fidel, known to his buddies as "Fifi", and to his grandchildren and great-grandchildren as "Popo Sr.", could be found having coffee with friends at Cisco's in the morning and in the afternoon at The Back Door enjoying a cold beer. He never missed an opportunity to watch a Longhorn or Dallas Cowboys game. He and Marie loved the annual trek to Dallas for the Texas-OU game where they would meet up with lifelong friends. He loved to share a joke or good story, and enjoyed catching his children off guard on April Fool’s Day most every year. He also enjoyed visiting with grand-children and great-grandchildren, telling them stories from his life and offering his good advice. Always the life of the party, at home around the kitchen table with family, or having a cold beer with his friends and neighbors, his humor and good spirits will be missed. Services will be held at Cook-Walden Funeral Home at 6100 North Lamar, Austin, Texas on Saturday, January 23, at 10:00 am, and will be live-streamed on the Cook-Walden Funeral Home Facebook page. For the link and to leave condolences for the family, please visit www.cookwaldenfuneralhome.com. An internment of ashes will follow at Cook-Walden/ Capital Parks Cemetery, 14501 IH 35, Pflugerville, Texas. In lieu of flowers, please consider a donation to Honor Flight Austin, 815-A Brazos Street, UPS Box 498, Austin, TX 78701-2514, honorflightaustin.org, or the Capital of Texas Chapter Alzheimer’s Association, 5508 West Hwy 290, Suite 206, Austin, Texas 78735, www.alz.org/texascapital/donate. The family wishes to thank Gemma Mansfield, with Choice Hospice and the staff at Tech Ridge Oaks Senior Living Center for the excellent care given to Fidel.
See more See Less

In Memory Of Fidel "Fifi" Hernandez