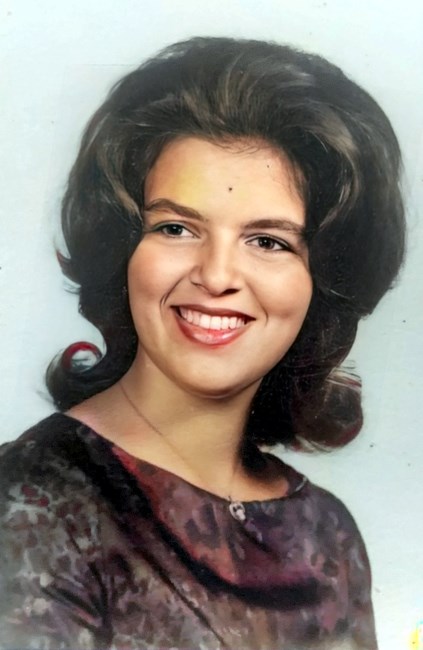 Gayle Wilkerson Barron was born on December 16, 1942 in Austin, Texas, the daughter of Sterling T and Katherine Wilkerson. She passed peacefully into the arms of our Lord on January 14, 2023. In grade school, she and her family moved to a rural property in Elgin, Texas where, from an early age, she developed a love of horses, dogs, country living, and a deep appreciation for nature. In 1961 she graduated from Elgin High School and then began a long career working in Austin for the State of Texas, first at the Railroad Commission and then at Texas Employment Commission (later The Texas Workforce Commission). One of her many joys in recent years was meeting with her retirement group of longtime friends and telling jokes and stories about their many years together. She also often spoke about her lifelong friend, Helen Anderson Detert, and all the adventures, misadventures, and laughter they shared. In 1964 she married Rue Denma Barron III and they were blessed with two daughters, Winona and Phedra. Gayle was a strong woman of faith and was a member of Elgin Baptist Church and later Texas Oaks Baptist Church in Austin, where she served as a volunteer for the Food Pantry and loved making sandwiches and snacks for youth group projects. She was a fabulous cook, and like her mother and grandmother, loved cooking for events and trying new recipes. She had an artistic soul and was skilled at beautiful embroidery, cross-stitch, and crochet. So many of her friends and family were gifted with her treasured pieces for graduations, birthdays, baby showers, weddings, and charity auctions. She had a wicked sense of humor and loved nothing more than sharing a good joke or a prank, especially with her loving grandson. Gayle's relationship with her Lord was important to her, and because of her strong faith, Gayle knew without a doubt that the indescribable joy of Heaven was waiting for her someday. Gayle is survived by her daughters, Winona Barron of Austin and Phedra Jones of Brownwood, son-in-law, Ken Jones of Brownwood, and by her much-beloved grandson, Sterling Morgan Dube, also of Brownwood. She is preceded in death by her parents, Sterling T and Katherine Wilkerson, and grandmother Florence Jones Stephens. Gayle's family would like to thank her care team at St. David's, Texas Heart and Vascular, and the skilled nursing at Brookdale Westlake for their compassionate care. A memorial is planned for friends and family on Monday, January 23rd at 11:00 at Cook Walden/Forest Oaks Funeral Home and Memorial Park in Austin. The service will be live-streamed at the Cook Walden site. In lieu of flowers, please consider donations to the American Heart Association. Her ashes will be interred at Pleasant Grove Cemetery in Elgin, TX.
See more See Less

In Memory Of Gayle Barron