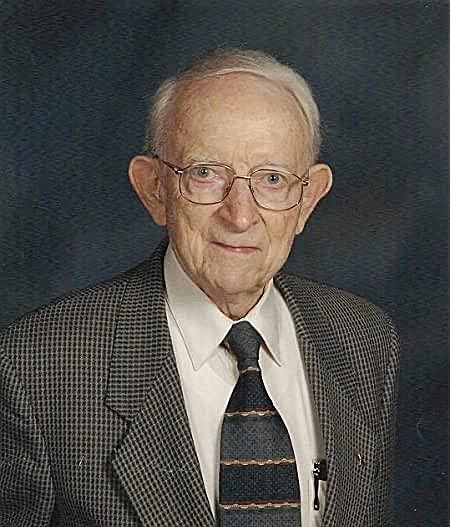 The Rev. Dr. George M. Ricker died on January 1, 2022 from natural causes. Dr. Ricker was Senior Pastor of University United Methodist Church in Austin from June 1974 to June 1985. He became Pastor Emeritus at UUMC in 2004. While serving in Austin he was given the first Church Person of the Year Award in 1982 by the Austin Area Conference of Churches. In the same year, he was granted a Distinguished Service Award by the Austin City Council and cited by the Texas Senate in Appreciation for his services to the community. In Austin, Dr. Ricker was known for his radio spots under the rubic, “Something to Think about”. Dr. Ricker is survived by three children. Lois York and husband, Glen, of Lakehills, TX; David Ricker and wife Theresa, of Canyon Lake, Texas: and Philip Ricker and wife Anna, of Ropesville, TX; 6 grandchildren, 3 great-grandchildren, 3 nieces, 1 nephew and their families. AS a United Methodist clergy, Dr. Ricker served churches in Bertram, Frederickburg, Columbus, San Angelo, Edinburg, and Corpus Christi before moving to Austin. After his Austin pastorate, Dr. Ricker served a year as the Superintendent of the San Angelo District of the United Methodist Church before becoming Minister of Practical Theology and Ethical Concerns on the campus of Texas State University in San Marcos, an endowed chair at the Campus Christian Community. He served eight years in this capacity that involved, among other things, teaching religion courses and a Freshman Seminar at the University. In San Marcos, he changed his radio spots to newspaper columns in the “San Marcos Daily Record” twice a week from 1987 to 1995. As an author, Dr. Ricker has had sermons and featured articles published in several magazines. He has also published five different books on various religious topics Dr. Ricker served as chair of the Higher Education Commission, The Board of Education, and the Board of Social Concerns of the Southwest Texas Annual Conference at three General Conferences and three Judicial Conferences. In Addition, he chaired the Peacemaking Workgroup of the Texas Conference of Churches for two years. After retirement from his San Marcos position in 1993, Dr. Ricker and his wife, Frances, moved to Austin to live in their home in the Tarrytown area. He was active as a teacher and lecturer. He continued to teach a course at Texas State, short term courses at a number of churches, and courses at SAGE, a continuing education program at UT. He taught courses on Lauren Eiseley, early Christian literature, and various religious topics. Dr. Ricker was involved in the formation of the Austin Peace and Justice Coalition and served with John Henry Faulk, Dr. Betty Sue Flowers, Dr. Wes Wallace and others in the group Called Professionals for Nuclear Arms Limitation with provided speakers for various community groups. George Marvin Ricker was born in Boston, lived as a child in New Hampshire, matured as a teenager in Auburn, New York, where he graduated high school. He served in World War II in the Army Air Corps and was discharged after the war as a Captain. He enrolled in SMU and graduated with Honors in 1949. While at SMU, he lettered for two years on the tennis team. He was elected to several honor societies, one of which became SMU’s Phi Beta Cappa chapter. In his sophomore year, he married Frances Ryden to form a compatible and loving relationship that continued for over 72 years. Who proceeded him in death in2020. From SMU, George Ricker enrolled in Union Theological Seminary where he studied under such noted theologians as Professors Paul Tillich and Reinhold Niebuhr and did major work in the New Testament under Dr. John Knox. He graduated in 1951 and with his wife Frances, returned to Texas to begin his pastoral ministry. Southwestern University honored him with a honorary Doctorate degree in 1980. Services will be held at University United Methodist Church in Austin at 1:00 PM on Saturday, January 8th. There will be a visitation at Weed-Corley Funeral home on Friday, January 78th, from 6 to 8 PM. IN lieu of flowers, memorial contributions can be made to University United Methodist Church Foundation or a favorite charity. A visitation for George will be held Friday, January 7, 2022 from 6:00 PM to 8:00 PM at Weed Corley Fish Funeral Homes and Cremation Services, 3125 North Lamar Boulevard, Austin, TX 78705. A george m. ricker will occur Saturday, January 8, 2022 from 1:00 PM to 2:00 PM at University United Methodist Church, 2409 Guadalupe St, Austin, TX 78705. Fond memories and expressions of sympathy may be shared at www.wcfishnorth.com for the Ricker family.
See more See Less

In Memory Of George M. Ricker