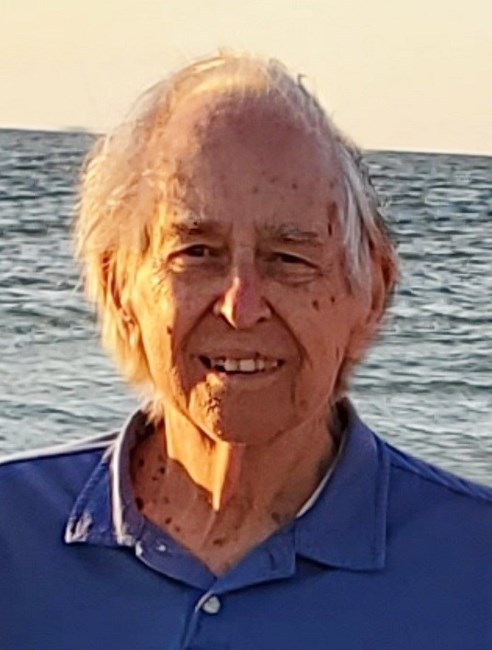 Harold "Hal" Rutz, Professor Emeritus at Concordia University, Austin, was born March 20, 1930 in Milwaukee, WI. He attended high school at Concordia High, Milwaukee, graduated from Concordia University (then Concordia Teachers College), River Forest, IL in 1952, and completed a Master of Music degree at Northwestern University, Evanston, IL in 1960. In 1975, he enjoyed further musical studies at Cambridge University, England, and in 1985 at the Royal School of Church Music, London. In June of 1954, he married Viola Larkin of Tampa, FL, whom he met while they were college students. He spotted her at a diner off campus and was unable to take his eyes off her. He was surprised and delighted soon after to see her walking with books in hand at the college. "Vi" was not easily won over, but persistence paid off. They were married for 62 years, with Hal providing unending devotion and loving care, first at home, and then by spending each day with Vi in her nursing home, throughout her many years of illness. After Vi went to be with her Lord, Hal’s devotion and undying love was expressed through daily visits to her graveside. His model of “unconditional love” was a testimony to all who knew him. Hal taught elementary school and was parish musician in Detroit, MI from '54-'56 and in Kansas City, MO from '56-'64, during which time children Faith, Paul and Hope were born. Hal and family came to Austin in the summer of 1964 when he accepted the position as head of the Music Department at Concordia University (then Concordia Lutheran College). He taught music theory, music history, hymnology, piano and organ lessons, and conducted the college choir until retiring in 1996, receiving Concordia's Martin J. Neeb Teaching Excellence Award by vote of the student body that year. His choirs made annual tours in the southern US, and in 1985 he was co-leader of a tour to Martin Luther and J.S. Bach sites in what was then East Germany. His former students now serve in teaching and church music positions throughout the country and frequently remained in touch, even decades later, sharing concert programs they directed or other personal and professional accomplishments. An outstanding organist, Hal performed frequent recitals and was extremely proud when he and son Paul were able to perform together. He played at countless weddings and funerals, and served as a substitute organist at Austin churches for over 50 years. He felt privileged to count among his organ teachers Dr. Hugo Gehrke, Dr. Paul Bunjes, Dr. Thomas Matthews, Dr. Peter Hurford at St. Albans, England, and Michael Radulescu at Vaduz, Liechtenstein. Hal loved to travel, particularly in Europe where he was thrilled by the great cathedrals and music. One of his favorite memories was attending the Festival of Lessons and Carols at King's College, Cambridge, on Christmas Eve after queuing up six hours in advance for a seat. An avid sports fan, he followed men's, women's, professional and college sports of all types. He enjoyed sailing, photography, and astronomy. He composed organ and choral music, and many of his compositions are published by Wayne Leupold Editions. He was active in the American Guild of Organists, the Association of Lutheran Church Musicians, and Hope Lutheran Church in Austin. In retirement he served on the board of La Follia Austin Baroque and was involved in volunteer work for classical music station KMFA, Drive a Senior, and the Windsor Park Neighborhood Association. His unquenchable curiosity and appetite to learn were evidenced by his ever-growing stack of DVDs from The Great Courses. He was active and vigorous to the end, starting violin lessons in his 70s, swimming laps well into his 80s, renewing his passport at 87, buying a new car ("probably my last") at 88, and always happy to learn about the latest high-tech gadget or app from his grandchildren. His family was blessed to share time with him at a favorite beach spot in Florida just weeks before his passing. On his last day on earth, Hal remained a teacher as he taught his daughters, at his bedside, how to write and speak John 1:1 in the original Greek. He went home to his Lord early in the morning of Tuesday, November 17. Hal was preceded in death by his wife, Viola; brother Carl; grandson Matthew Kelley; and daughter-in-law Sandra Henry. He is survived by daughter Faith Kelley and husband David; son Paul; daughter Hope Bartolotta and husband Peter; four Bartolotta grandchildren, Joy, Pierce, Eden and Asher; niece Patricia Wiedenhoeft; and nephew Gerald Rutz. A private graveside ceremony will be held by the family. In lieu of flowers, please consider a donation to the Professor Harold and Viola Rutz Music Department Endowment on the website of Concordia University, Austin, entering the name of the endowment in the Other Gift Designation box. Soli Deo Gloria
See more See Less