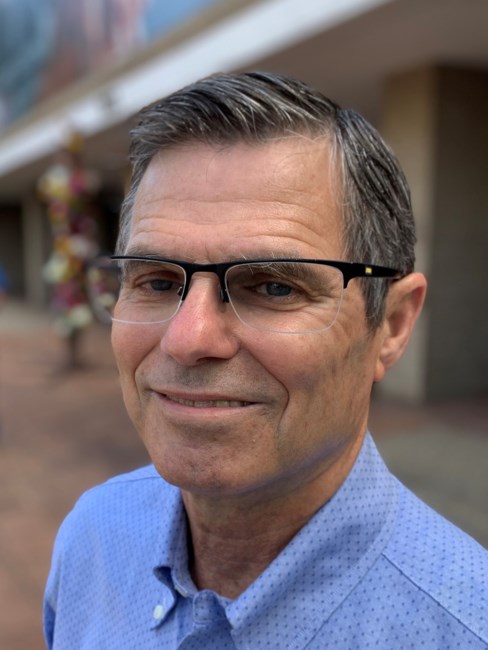 Jack Alan Goodman arrived a day late for the Fourth of July in 1950 and continued that theme of running late throughout his life. His friends sometimes joked that he would even be late for his own funeral. His passing on January 24, 2022, from complications due to Alzheimer’s disease, will put that theory to the test. A multi-generational Austinite, Jack grew up in an Austin where people didn't lock their doors until bedtime, Anderson Lane was a sunflower field, fall Saturdays were spent in the “knothole” section of Memorial Stadium, and summer days included swimming at Barton Springs or riding his bike to Northwest Park pool, to wile away the entire day. His maternal grandparents owned a dairy farm “out in the country” near where St. David’s North Austin Medical Center now sits. “Jackie” loved being in that wonderland where he and his sister Linda could play safely within sight of their doting grandparents. It was a life full of family and friends. As with all children, Jack eventually had to climb down from the trees and attend school. In time, he became a proud graduate of McCallum High School. Even as Alzheimer’s encroached on his day-to-day life, the highlight of his year in 2018 was planning to attend and attending his 50th high school reunion. From McCallum, Jack moved on to the University of Texas at Austin. After graduating from the School of Architecture there, he had a brief career as an architect before moving on to form his own interior design firm, Interdesign. His biggest project, and the one of which he was proudest, was managing the interior design for various Motorola facilities around Austin. As the saying goes, “All work and no play makes Jack a dull boy,” and Jack was no dull boy. He had many and varied interests outside of work. Where to start...From the time he could first talk, Jack loved cars! He could recognize almost any car on the road and had owned several himself. For his high school graduation present, he received a new 1968 Pontiac GTO, which is the car he most regretted selling later in life. He loved music. From traditional hymns and sacred music to Mozart to Aretha Franklin to Boz Scaggs, he loved it all. And he didn’t just passively enjoy music, he loved participating in the choir and handbell choir at First Baptist Church of Austin from childhood into adulthood and was an accomplished pianist. Beyond music, he consumed culture with a connoisseur’s senses: visual arts, theater, film, opera, gourmet food...the list goes on and on. Jack pursued physical fitness, as well. He loved to sail his boats on Lake Travis and was an avid runner, bicyclist, and swimmer. His proudest physical achievement was running the Boston Marathon. No account of his life would be complete without mentioning the dogs Jack loved, especially Pepper, who was his constant companion for fifteen years, and Sparta, who was his fierce protector during his Alzheimer’s journey. But despite being a man to whom no one was a stranger, Jack maintained a single’s lifestyle until he met his partner Jeff about 10 years ago. After joining up, they traveled the world and partook of the best cultural opportunities Austin has to offer. Together, they fought Alzheimer’s to a draw for as long as they could. Jack is survived by his partner Jeff Stoddard; his sister and brother-in-law Linda and Buddy Dryden; his older nephew Hunter Dryden; his younger nephew, niece-in-law, and great-nephew Creighton, Kat, and Jack Dryden; more cousins that you can shake a stick at and the Landes family. He was preceded in death by his parents Jack and Helen Goodman, and his brother Robert Jay. The family would like to thank all the people who have touched Jack’s life. Special thanks to the caregivers who provided for Jack over the last years of his life: Maria Holt, who provided weekday care from January 2018 until Jack’s last breath; Judy Martinez and Jean Banks, who provided evening and weekend care after Jack entered hospice; and Pierre Perez and Karena Ortiz, who filled in the gaps. In addition, the staff at Tradition’s Hospice were phenomenal throughout the almost two years Jack spent in hospice. Lastly, thanks to his fellow deacons and other church family at First Baptist Church of Austin who welcomed him back and made him feel a vital part of the church during his decline. Love to you all. A Celebration of Life service will be Saturday, April 2, 2022 at 11:00 am, First Baptist Church, Austin, (901 Trinity)with Rev. Dr. Griff Martin officiating. The service will be immediately followed by a reception in the Great Hall.
See more See Less

In Memory Of Jack Alan Goodman