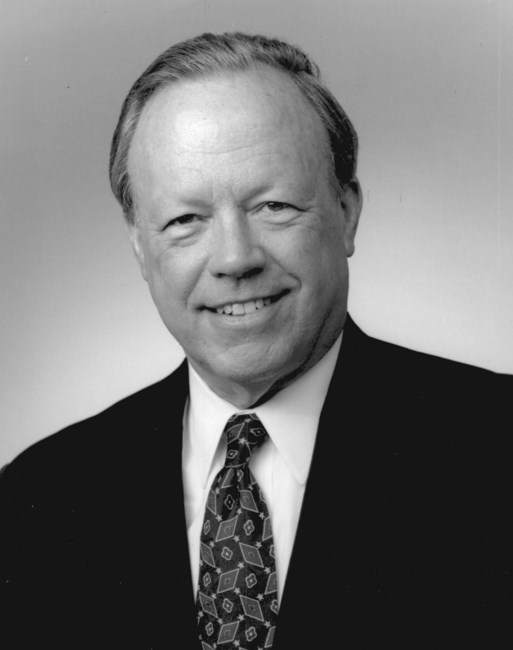 James Duane Budd passed away on October 8, 2021, following a lengthy illness. He lived many years with complications of a stroke suffered in 2011. Jim was born in Flint, Michigan, the son of Julie and Duane Budd. He attended Bentley High School and received his Bachelor of Architecture degree from the University of Michigan in 1960. He served in the military upon graduation from college before beginning his career as an architect in Flint, Michigan.

In 1963, following a life-changing decision to move to Texas, Jim became a member of one of Texas' oldest architectural firms, Pitts, Mebane, Phelps and White, located in Beaumont. He later became the senior partner of Budd, Beets, Harden and Kolflat, a firm noted for laboratory design for petrochemical and scientific industries. During Jim's years as an architect, he enjoyed acting as a mentor for high school and college students who were considering architecture as a career. Jim loved golfing and enjoyed the travel and camaraderie of his Beaumont golf friends, the “Go Away from Home and Play Golf Association”, otherwise known as “GAGA.”

In 1984, the Budd family relocated to Austin for Jim to work on the design of the Brown Heatly Building for the State of Texas, located on North Lamar. Jim became active with the Downtown Rotary Club, University Presbyterian Church, and the Austin Chapter of the American Institute of Architects where he served in various leadership roles. During his years in the Rotary Club, he was instrumental in establishing the Camp Enterprise Program for area high school students.

Although a commercial architect, Jim thoroughly enjoyed the process of designing his family's homes in Beaumont and Dripping Springs. He was also a talented watercolorist who spent many summers in Maine where he was an active member of an art cooperative in Belfast, Maine, an unending source of enjoyment for him.

Jim is survived by his wife of sixty years, Peggy LePard Budd, whom he met on a blind date while in college. He is also survived by daughter, Amy Graber and husband, John, of Atlanta; Scott Budd and wife, Gina, of Austin; grandchildren (who affectionately called him Bopa) John Graber III and his wife, Shayna, and Jim Graber of Atlanta; Mary Caroline and Margaret Budd of Austin; and Lauren and Will Naas of Beaumont. He was preceded in death by his parents and daughter, Carrie Budd Naas.

The Budd family wishes to thank endless friends in Beaumont, Dripping Springs and Austin who faithfully supported Jim and Peggy during Jim's illness with special mention of Ms. Brenda Cross and Ms. Andrea King. Additional thanks to the many faithful home health companions from Redbud Home Care, and Hospice Austin who provided excellent and compassionate care during Jim’s final months.

In Memory Of James Duane Budd