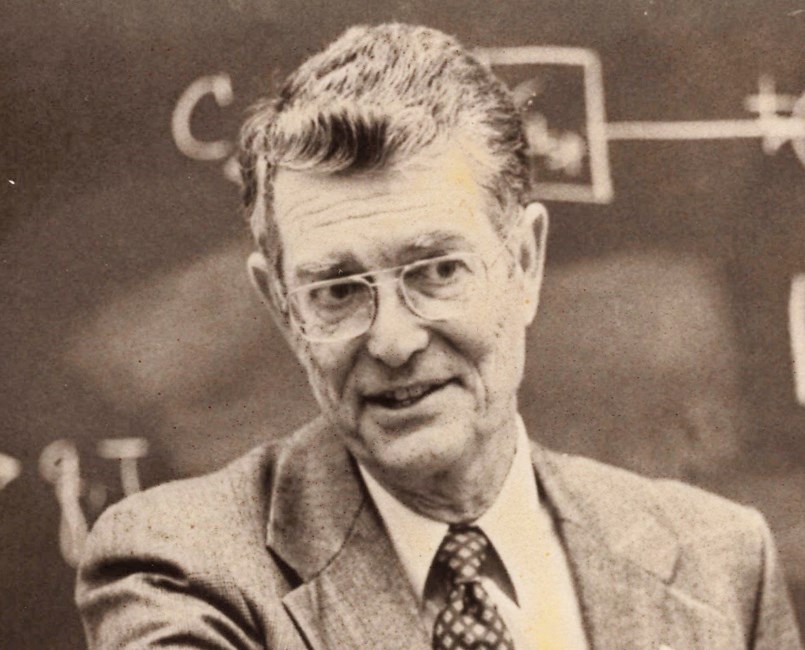 James Edward Stice, Professor Emeritus of Chemical Engineering at the University of Texas at Austin, was born September 19, 1928 and passed away of natural causes on July 16, 2022 at the age of 93. He reported an idyllic childhood in Fayetteville, Arkansas. He engaged in reading, pranks involving fireworks and chemistry sets and eating homegrown tomatoes. He attended the University of Arkansas and pledged with Sigma Chi and received his BS in Chemical Engineering in 1949. He earned a Masters degree in 1952, and his Ph.D. in 1963, both from Illinois Institute of Technology in Chicago. It was there that he met Patsy Stroner. They wed in 1951 and had 2 children, Susan and Clayton. Between his Masters and Ph.D., he worked in industry but he fell in love with teaching. Jim joined the faculty of the University of Arkansas in Fayetteville, soon earning a full professorship. In 1968 he and his family moved to Austin, Texas, where he was an associate and then full professor at University of Texas, until his retirement in 1996. Along with teaching classes, he focused on teaching effectiveness. He was the first head of UT’s Center for Teaching Effectiveness, and he helped train teaching assistants and any other teachers wanting to improve their teaching. His interest in each student, his wit and his teaching methods made him a very popular teacher and he received many teaching awards. His wife Patsy died of cancer in 1994. He married Betty Burkhardt Gowdy in August 1996. They enjoyed traveling the world and visited 30 national parks in the U.S. He loved collecting stamps, cats, crossword puzzles and martinis. He is survived by his wife Betty Gowdy Stice, daughter Susan Stice Thompson (husband Kelvin Thompson), son James Clayton Stice (wife Elizabeth Beynon Stice), stepsons Mark and Eric Gowdy, grandchildren Charlotte Thompson, Molly Thompson, Brian Stice, Jeffrey Stice, Ellen Stice and David Stice, and great grandchildren Catherine Stice, Jane Stice, Alice Stice, Meadow Stice, Harbor Stice and William Nauert. A Memorial Service will be held August 4, 2022, at 2 p.m., at Weed Corley Fish Funeral Home, 5416 Parkcrest Dr., Austin, Texas. In lieu of flowers, the family requests donations to your preferred charity, or to the Patsy Stice Memorial Graduate Fellowship in Social Work, at the Steve Hicks School of Social Work, at the University of Texas at Austin. Please write to cassiebernhardt@austin.utexas.edu about donations to the Fellowship.
See more See Less

In Memory Of James Edward Stice