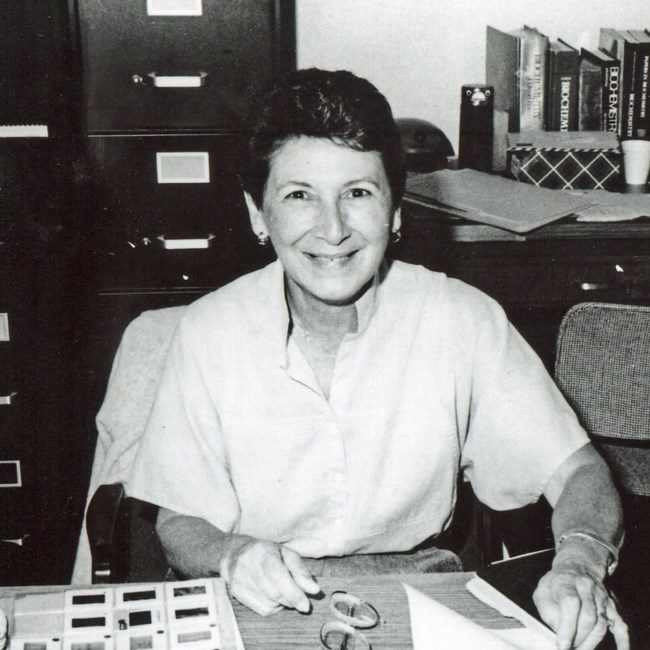 Joanne Ravel passed away on June 28, 2018 just shy of her 94th birthday. She was a lifelong resident of Austin. Joanne was born at Seton Hospital on July 27, 1924 to Joseph and Sarah Cywan Macow. She was the youngest of 10 children. Her parents emigrated from Poland in the early 1900’s with her oldest sister, and all of her other siblings were born in New York. She idolized her mother, who spoke with a heavy accent, had no formal schooling and never learned to read and write English but ran her large household on a tight, depression era budget with common sense and unfailing good nature. Joanne’s first home was on Baylor St., across from the Treaty Oak. She attended Austin High School and then the University of Texas. She received her Ph.D. from the University of Texas in Biochemistry in 1954, obviously a special accomplishment for a woman of her generation. When she received her PhD, this newspaper ran a story entitled from Pease to PhDs. After completing her Ph.D., Joanne worked as a research scientist at the Clayton Biochemical Institute at UT Austin. In 1972, the University recognized that there were no female professors in the Chemistry Department and offered Joanne a position as an Associate Professor. From then until her retirement, she taught many pre-med students introductory biochemistry. She supervised graduate students and post-doctoral fellows and was a role model to many. Several of her students went on to become deans and presidents of major universities. We still receive letters from former students thanking her for the impact she made on their lives and for her role in guiding them to productive careers in the sciences.. She became an Ashbel Smith chaired Professor, one of UT’s highest honors. Joanne was a yellow dog Democrat. Occasionally, she wrote letters to the editor suggesting the government consider taxing people like her more and using the money to provide services for those in need. The story of Joanne meeting her husband Jerome has all the elements of a Texas romance. They met at the Texas - Texas A & M game in College Station on Thanksgiving Day 1945. Jerome had just returned from the war and was attending the game with his brother, one of Joanne’s classmates. They were engaged on New Year’s Day and were married March 23, 1946. It was a family tradition to attend the game every Thanksgiving. Jerome was always very proud of Joanne’s accomplishments. Like Joanne, he was ahead of his times. While other physicians were playing golf on their afternoon off, Jerome was driving carpool. In her later years, Joanne travelled extensively and was always looking forward to her next trip. She travelled to Southeast Asia in her late 80’s. In 2012, she and her grandson Ben travelled to Israel to meet long-lost relatives. The families had an emotional reunion since they had been out of touch since before World War II. The family in Israel was thought to have been lost in the Holocaust. When Joanne was the only remaining person of her generation, she took her role as matriarch seriously. For her 85th and 90th birthdays, she held mini-reunions so that her nieces, nephews, and their families could gather from far-flung locations. She wanted to encourage connections that would last when she was gone. Many of those nieces and nephews viewed Joanne as a mentor, personally and professionally. Joanne was preceded in death by her husband Jerome in 2003. She is survived by her daughter Margaret (Missy) Elman and husband Bryan Bruns of San Diego and son Stephen (Steve) Ravel and wife Suzanne of Austin. She is also survived by four grandchildren, Emily Elman and husband Nate Flansburgh, Jeremy Elman and wife Erin, Ben Ravel, and Rachel Ravel as well as four great-grandchildren—Stella and Oliver Flansburgh and Henry and Elise Elman. We would like to thank the staff at Querencia Barton Creek and Halcyon Home who have provided warm and loving care for Joanne in the last years of her life. We would like to give particular thanks to Janie Boyle, who has been a steady source of caring and support. Joanne came to think of her as a second daughter. Establishment of a medical school in Austin was a lifelong dream for Joanne and Jerome. Joanne established a scholarship for students wanting to specialize in primary care as a way of honoring Jerome’s many years of service to the community. Memorial donations can be made to the Jerome and Joanne Ravel Endowed Scholarship-Dell Medical School with a check payable to The University of Texas at Austin, PO Box 7458, Austin, TX 78713. No public services will be held. To leave condolences for the family, please visit www.cookwaldenfuneralhome.com.
See more See Less

In Memory Of Joanne M. Ravel