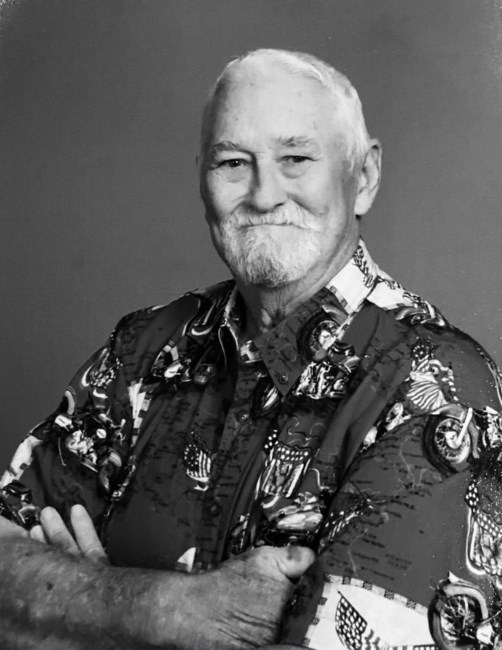 John Lawrence Russell was born in Austin, Texas on January 14, 1946 to Francis Russell and Jewel Tumey Russell. John was the youngest of three sons and grew up on Avenue D in Hyde Park. As a young boy John loved to explore the city and frequented Zilker Park and Barton Springs. He played many sports and went on to letter in football and baseball at McCallum High School. He received a scholarship to play football at Blinn College, where he met the love of his life, Linda. After enlisting in the US Army, he and Linda were married on May 17, 1967. John was stationed in Fort Knox, Kentucky before honorably serving in the Vietnam War. He received the following commendations: Vietnam Service Medal, Vietnam Campaign Medal, National Defense Service Medal and Expert Badge (Rifle). John and Linda returned to Austin and had four daughters, Kristi, Lori, Dusti, and Tami. In 1969, John joined the Austin Police Department. In his 30 years of service he worked as a patrolman, detective, and senior sergeant. John, Johnny Pete, made many wonderful friends in the department and humbly served his beloved city until he retired in 1995. John later worked as a security usher at the University of Texas and Frank Erwin Center. John had a servant’s heart and blessed many with his giving spirit and sweet disposition. He served his family, friends, community and country selflessly. John had a witty sense of humor and a huge heart. He loved the Lord with his whole heart and had a deep personal relationship with his savior. John and Linda cherished their church family at Bethany United Methodist Church. For fun John loved to spend time at the coast fishing, camping and dancing under the stars at Garner State Park, attending UT football and baseball games, playing games, and hanging out with his many friends and family. Cheering on and encouraging his grandchildren brought him the most joy. Padad proudly frequented his grandchild’s activities and lovingly supported with cheers, a warm smile and huge congratulatory hug. Friends and family were all blessed by his warmth and kindness. To know him is to love him and he will forever live in our hearts. We are fueled and encouraged by John’s favorite verse, which gives us hope and reminds us of God’s promise: “For I know the plans I have for you.” Declares the Lord, “plans to prosper you and not to harm you, plans to give you hope and a future.” Jeremiah 29:11 John is preceded in death by his father Francis Russell, mother Jewel Tumey Russell Davidson, brother Charles Russell, brother Tommy Russell, stepfather Herschel Davidson, father-in-law Gerald Robertson, and niece Donna Mitchell. He leaves his precious wife of 53 years, Linda Russell, mother-in-law Myra Robertson, sister-in-law Yvonne Russell, daughter and spouse Kristi and Michael Walsingham, daughter and spouse Lori and Jason Traynham, daughter and spouse Dusti and Mike Herman, daughter and spouse Tami and Scott Walton, grandchildren Kyli, Keylan, and Kasyn Herman, Macy Traynham, Luke and Reid Walton, and furbaby Pearl Jean. In lieu of flowers, donations can be made to John’s favorite event: Austin Police Operation Blue Santa at bluesanta.org
See more See Less

In Memory Of John L Russell