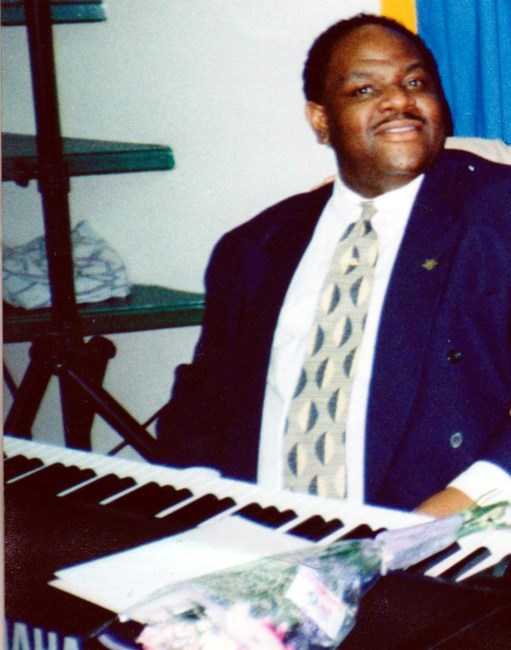 Joseph Marvin Henderson was born on September 4, 1953, in Austin, Texas to Roscoe and Bennie Mae Henderson. He was the second of seven children. He was preceded in death by both parents, two brothers, Harold and Elliott Henderson, and one sister Lalene Rose Henderson Redding. Joseph received his early education through the Austin Independent School District. He graduated from A.S. Johnston High School. He also received two degrees, a Bachelor of Music Therapy from Huston-Tillotson University, and a Master of Divinity from Slidell University in Louisiana. Joseph professed hope in Christ at an early age at Mt. Calvary Missionary Baptist Church. He has taught music (piano/keyboard) to many children and adults. He received numerous awards for his musical gifts and has been a musician, choir director, and minister of music for many churches over the years, as well as for the Abundant Life Covenant Ministries' Annual Celebration of Praise. In 1989, he became the President of Abundant Life Covenant Ministries. He preached his first sermon in December 1997 and was installed as a Bishop on November 8, 2009. Joseph was the youngest administrator to open a Head Trauma unit at Brown Schools Rehabilitation Center. He worked as an administrator and part of the teaching staff at the family-owned businesses: Center for Early Educational Development (C.E.E.D.) and later at Alpha Omega Early Educational Development Christian Center. Joseph was united in holy matrimony to Shirley M. Johnson on March 3, 1990. Her son, Kelvin, completed this loving family unit. Bishop Joseph Marvin departed this life at the age of 68 on Tuesday, May 10, 2022. He leaves to cherish fond memories of his life: his loving and devoted wife of 32 years, Shirley; son, Kevin Johnson of Round Rock, TX; brothers, Rev. Willie Henderson (Valerie) and Clinton Henderson; sister, Cheryl Henderson Fisher all of Austin, TX; two granddaughters, Kalyssa and Kaleah of Round Rock, TX, and a host of nieces, nephews, and other relatives and friends. A visitation for Joseph will be held Friday, May 27, 2022 from 5:00 PM to 7:00 PM at Cook-Walden Funeral Home, 6100 North Lamar Boulevard, Austin, Texas 78752. A funeral service will occur Saturday, May 28, 2022 at 11:00 AM at Mt. Calvary Missionary Baptist Church, 2111 S L Davis Ave., Austin, Texas 78702. A graveside service will occur Saturday, May 28, 2022 at 1:30 PM at Evergreen Cemetery, 3304 E. 12th St., Austin, Texas 78721. Serving as pallbearers are Kelvin Johnson, Erric Davis, Joshua Loving, Willie Henderson, Jr., Jeremy Henderson, Robert Bailey, Larry Walker and Karl Bailey, Jr.. Fond memories and expressions of sympathy may be shared at www.cookwaldenfuneralhome.com for the Henderson family.
See more See Less

~ Expressions of Gratitude ~ Your sympathy and love, prayers, comforting words, calls, visits, food and many other acts of kindness will forever be cherished. Your presence here today is a comfort to us. May God's richest blessings be upon each of you. ~ The Family ~