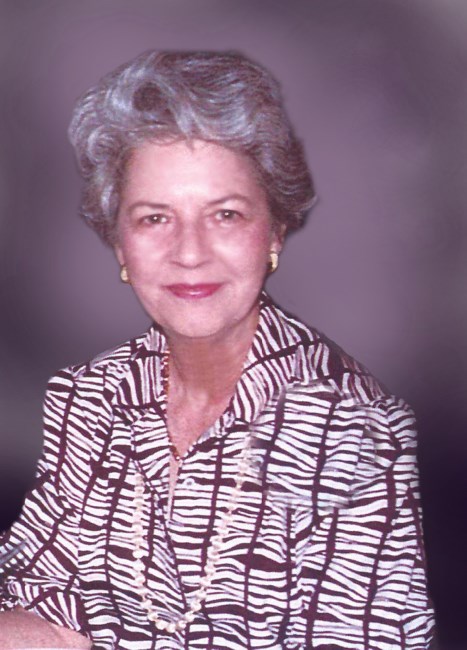 Patricia Brown Chalmers, beloved mother, grandmother and great-grandmother, found peace this past Sunday, January 16. She was 97 years old. Pat was born at her home in Corpus Christi on October 28th, 1924. She had a joyful childhood, playing in the bay and biking with friends while her father sold cars and her mother stretched every penny they earned. From her forebears — pioneering European settlers to Texas — Pat inherited an impressive work ethic, but also a love of art and music that distinguished many in her family. She marched in the high school band until she graduated at age 16. While attending junior college, she became an avid dancer who loved to jitterbug to big band records at the Episcopal church hall dances. And from the well-traveled naval cadets who came to dance on these lively weekends, Pat garnered a resolve to see the world and to get a better education. She worked and saved for a year to send herself to Macalester College in St. Paul MN, where she studied Classics, poetry and Spanish. Then, with the help of her aunt Ada and uncle Doug Jackson, she went on to study at the University of Texas in 1944. Pat was the first in her family to attend college. She treasured learning and was a tireless student and even studied art in Mexico City before earning her BA in 1948. Pat met Dick Chalmers of Bastrop the day before she returned home after graduation. They were engaged after a one-week courtship, married in May of 1948, and would stay dedicated to each other, traveling the world and building community together, until his passing in 1994. After their first son, Steve, was born in Corpus Christi in 1949, they moved back to Austin where their second son, Mark, was born in 1952. Pat was a devoted mother, wife, and friend. She had remarkable energy, working many jobs and then supporting her husband’s businesses and volunteerism, her sons’ scholarship and athletics, and in later years, caring for her mother — whom she adored — and for her beloved grandchildren. She was incapable of idleness; when family demands receded she turned to painting, a love passed on to her by her mother who was herself a prodigious talent. Pat painted watercolors beautifully and prolifically. She never considered herself an artist, always an art student, and she pursued her education as she had in her youth: with dedication and joy. After working in the offices of the First Baptist Church, her retirement was spent largely at home in her Northwest Hills condo, where she lived independently and on her own terms well into her nineties. Her need to take care of family never flagged; even into her final years she dedicated herself to acts of service for the lucky people in her life: gathering mail, buying gifts, diligently crafting lovely scrapbooks and photo albums. Pat was always practical, industrious, steady…but also adventurous and surprising and witty. In her later years, she delighted visitors with personal stories few had heard. (Even close family members were surprised to learn that she had taken flying lessons, had been a drummer, had dreamed of fashion design.) Pat was creative and fiercely intelligent. She gave generously of her time and her care. She was selfless and very loving. Her loss is deeply felt by her surviving friends and family, and her memory will be cherished. Pat is preceded in death by her father, Cecil Murdoch Brown; her mother, Mattie (Pat) Brown; her husband, Richard Edison Chalmers, and her son, Stephen Cal Chalmers. She is survived by Stephen’s family: wife, Sue Chalmers with husband William Helms, and sons Brent Chalmers with wife Megan Chalmers, and Patrick Chalmers with wife Abby Chalmers; as well as Pat’s son Richard Mark Chalmers and his family: wife, Sally Chandler and their daughter, Lee Chandler- Chalmers; Mark’s children, Callie Ryan with husband David Ryan, Richard Chalmers and James Chalmers and their mother George Anne Chalmers; She is also survived by eight great- grandchildren: Brent and Megan’s Liv, Rhett, Hayes and Elle, Patrick and Abby’s Cal and Colt, Callie and David’s Emily and Georgia. A private memorial gathering will be held in her honor.
See more See Less

In Memory Of Patricia Chalmers