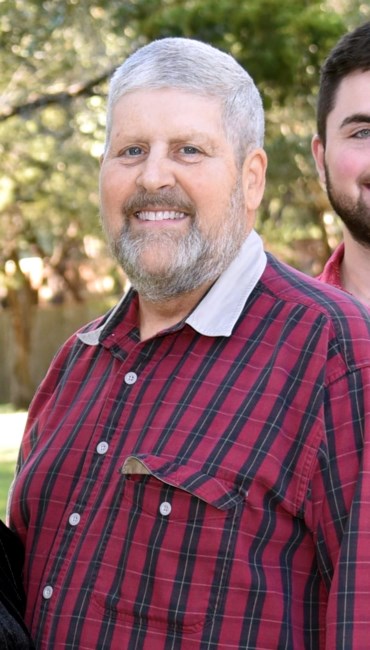 Paul Bernard Borman passed away on September 20, 2022 in Austin, Texas after a lengthy battle with cancer. He was born July 26, 1955 in Jefferson City, MO, a son of Pete & Betty (Nentwig) Borman. He was a graduate of Helias High School and the University of Missouri. Paul leaves behind: his loving wife Valerie, married July 2, 1988; his two sons Brent Borman and Brad Borman; and his beloved grandson James Borman. The whole family is of Austin, TX. Paul is survived by: his mother, Betty Borman of Jefferson City, MO; his siblings, David (Anne) Borman of Birmingham, AL, Mary Borman of Columbia, MO, Mark (Wanda) Borman of Henley, MO, Chris (Beth) Borman of Dallas, TX; and many nieces and nephews. He was preceded in death by his father, Pete Borman. Paul had lived in Austin, Texas since 1988, where he had a successful career in information technology before switching into residential real estate sales. Through his work in real estate, Paul met many of his closest friends, and in the process garnered a reputation as a man with outstanding know-how and a strong moral compass. Throughout his life, the Boy Scouts were a touchstone of his love for outdoor life and a source of his ideals regarding service. He first attained the rank of Eagle Scout in Jefferson City, MO; while later serving for 16 years as Scoutmaster and other various mentoring roles to Troop 201 in Austin, TX. His passion for Scouting helped lead both of his sons through Cub Scouts and Boy Scouts, with both boys eventually attaining the rank of Eagle Scout like their father before them. Perhaps more than anywhere else, Paul held a very dear place in his heart for the family farm called the “Clubhouse” on the Osage River in Cole County, MO. Paul spent much of his time in his final years at his ranch in Zephyr, TX, where he worked, hunted, played, and relaxed from his life’s work. A celebration of life will be held Thursday, September 29th at 10:00am at Austin Baptist Church, 7016 Ribelin Ranch Drive, Austin, Texas. In lieu of flowers, Paul expressed his wishes that donations be made to the Tunnels to Towers Foundation, which builds mortgage-free homes for disabled veterans and first responders. Fond memories and expressions of sympathy may be shared at www.cookwaldenfuneralhome.com for the Borman family.
See more See Less

In Memory Of Paul Bernard Borman