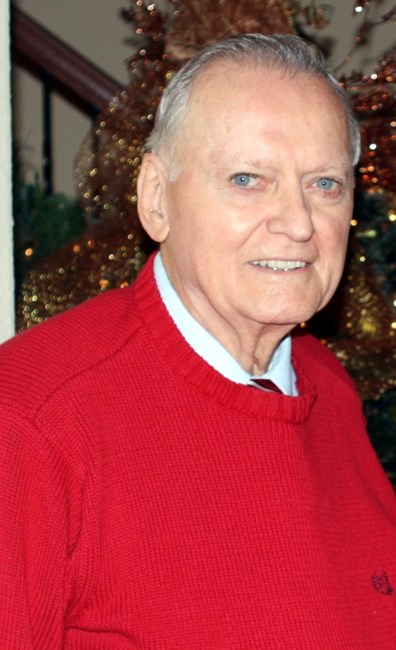 Jerry was born in Oshkosh, WI to Ralph E. and Ellen (Testin) High on April 13, 1931. He grew up in the small town of Waupaca known for its 22 spring-fed lakes. Jerry was a Boy Scout growing up earning the rank of Eagle Scout. He was raised in the Methodist Church and attended Lawrence College (now Lawrence University) before entering the Naval Academy where he graduated in 1954. He was very athletic playing wide receiver in football, basketball center and ran track and field holding records in the high jump for many decades. The Air Force needed pilots and the prospect of extra pay lured him away from the Navy and he entered a career in the Air Force as a B-52 pilot among other jobs. He spent four years working at NATO in Brussels, Belgium and then finished his career at the Pentagon. He retired after 24 years and came to Austin, TX in 1978. He worked at Ragsdale airport as a flight instructor before settling down with Christianson Plumbing Company as their corporate pilot. He stayed with them in a number of capacities for many years before retiring a second time. Jerry was very involved at Grace Community Bible Church for the past 42 years. He came to faith in Christ through the preaching of Billy Graham and with a new-found love for the Lord, he served in many capacities: deacon, elder, choir, men’s quartet, pianist, missions director, nursery volunteer, men’s Bible studies, plus many others. He helped build their first building, was there whenever the doors were open and was always willing to help where needed. Having a truck, he has helped countless people move even into his late 80’s to the chagrin of certain family members! Jerry was well-known as being a true gentleman, generous, good humored and had a dry wit that was loved by all who knew him. His absence among us will be greatly missed and we look forward to the day when we will be reunited because of our faith in Jesus Christ!

Brothers and sisters, we do not want you to be uninformed about those who sleep in death, so that you do not grieve like the rest of mankind, who have no hope. For we believe that Jesus died and rose again, and so we believe that God will bring with Jesus those who have fallen asleep in him. 1 Thessalonians 4:13-14

In Memory Of Ralph Jerry High