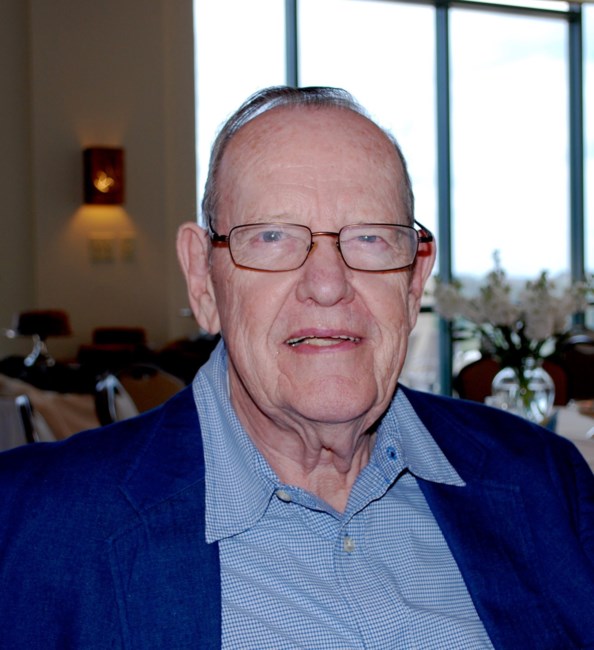 Robert Alexander Divine, Ph.D., (Bob) died on October 13, 2021 at age 92 in his Austin, Texas home after losing his valiant battle with Parkinson’s Disease. He is survived by: his wife, Joan Burdick; his children and their spouses: Doug and Cami Divine of Las Vegas, Nevada, Lisa Divine of Austin, Richard and Colleen Divine of Mt. Pleasant, Michigan, and Kirk and Veronica Divine of Austin; his grandchildren and their spouses: Alex and Barbara Divine of Niceville, Florida, Tom and Sarah Divine of Houston, Texas, Seth Divine of Denver, Colorado and Larkin Divine of Austin; his great-grandchildren: Eliana Divine and Lucas Divine of Niceville, Florida and Lucy Divine of Houston, Texas. He is preceded in death by his wife, Barbara Renick Divine, his wife, Darlene Harris Divine and his brother, Douglas Divine. Bob was born in 1929 in Brooklyn, New York, the son of Dr. Walter and Mrs. Emily Mabel Divine. Growing up in a 4th Street brownstone in Park Slope during the Depression, he played stickball in the streets and roamed the halls of PS 39. He graduated from Phillips Exeter Academy before attending Yale University where he earned a B.A. in History in 1951, an M.A. in History in 1952 and a Ph.D. in History in 1954. Bob’s first job, and ultimately his last, after graduation was teaching history at the University of Texas at Austin starting in the fall of 1954 and continuing for 42 years. Bob was the George W. Littlefield Professor Emeritus in American History. He was the author of 14 books on 20th century American Foreign Policy and editor of countless others. In 1983, he was the lead author of America: Past and Present, a college-level textbook which has become one of the top textbooks in the US for teaching American History at both the college and high school level. While at UT, Bob was awarded multiple teaching awards, both from the administration but more importantly from the students themselves. He was Department Chair in the ‘60’s, flew on Air Force One advising President Johnson, was instrumental in the creation of the LBJ School of Public Affairs and led numerous UT Commencement ceremonies. Bob was a member of the Organization of American Historians and the Society for Historians of American Foreign Relations. Together with his writings, his students, many of whom went on to teach themselves, are Bob’s professional legacy. Bob met Barbara Renick on a Christmas Eve blind date in 1953 and they were married in 1955. Bob was a voracious reader and introduced his children early on to the public library. He was a life-long Dodger fan, even after they left Brooklyn for Los Angeles. He was an avid bridge player (their University Newcomer’s Bridge Group stayed together for 40 years, long after any of the members were new) and bowler. Bob loved many generations of dogs and was famous for taking dog walks along Town Lake. Bob and Barbara raised their four children with love and high expectations such that each knew both were always there for them. Summer vacations usually combined research with family time. At one time, the Divine children had visited most of the existing U.S. Presidential Libraries, the United Nations and Washington, DC, while also visiting Carlsbad Caverns, Royal Gorge, Manhattan and the Smithsonian. Many family trips involved high speed runs to visit grandparents in Florida with the three eldest Divine children riding bikes on the cobblestone streets of St. Petersburg and hosting slow eating competitions. After the success of the textbook, Bob and Barbara bought an RV and traveled all over the US. With Barbara’s passing in 1993, Bob continued playing both bridge and bowling. In 1996, he retired from UT and married Darlene Harris. He and Darlene enjoyed international travel, including trips to Turkey, Australia and New Zealand. Bob was active in teaching as part of multiple informal senior education programs, including SAGE among others. His classes like “Presidents We Have Known” were in very high demand. After Darlene’s death in 2003, Bob continued teaching in these programs and met Joan Burdick. In 2007, Bob and Joan were married and loved one another deeply until his final day. They continued to travel, albeit closer to home, with trips to Big Bend and Louisiana that saw Joan crowned Mardi Gras queen and Bob dancing to Cajun music. The following year the Mardi Gras party was at their house! Bob and Joan shared a goal of staying in their home until the end, which they achieved with an incredible group of caregivers that helped them both beat COVID in 2020 and survive the Great Winter Storm of 2021 despite almost 10 days without heat, hot water or power. The family would like to thank Quannie, Linda Lou, Astou, Erma, Vinnie, LaShorn, Chi Chi and Teska for the amazing care they provided to Bob. Hospice Austin was invaluable in their care and support during Bob’s final days. The family invites you to leave messages of remembrance at www.wcfish.com and in lieu of flowers, please make donations to Bob’s favorite charity, St. Jude’s Hospital: https://bit.ly/3aCiAZN. Bob also established an endowment to support graduate student research at UT: https://giving.utexas.edu/divine.
See more See Less

In Memory Of Robert Alexander Divine