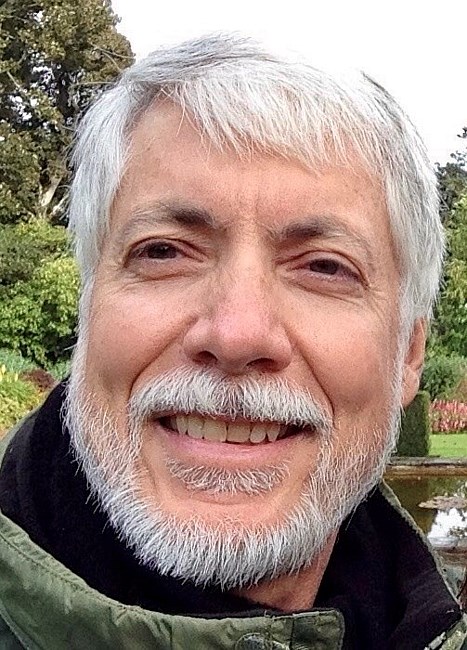 Robert Warren Todd was born on August 15, 1953 in Fort Collins, Colorado, the youngest son of Bettie Smith Todd and Robert Clyde Todd. Soon after Robert’s birth the family moved to Illinois where Robert spent the first 12 years of his youth growing up on the Southside of Chicago. At 12, along with his Mother and brother, Richard, Robert returned to his Mother’s family farm in Fort Collins. There his lifelong interests began to take shape. Robert, alongside his Mother and brother, with help from his Grandfather, began building the house in which they would one day live. On the farm, you could find Robert raising pigeons in the pigeon coop he made, riding and often being bucked by his horse, Pistol Pete who stood “17 hands tall,” caring for his dog, Bruno, along with his cats and many other animals, becoming a Zen pet whisperer. You could also find Robert building and fixing things, including his first car at 13, a burned-out Nash sitting in his Grandfather’s barn. After getting the green light from his Grandfather, Robert had it running and was driving it through the fields and along farm roads. At 14, Robert and his Mother drove cross country to Canada in her VW bug, and at 16, Robert saved up enough money to go to Europe with his best friend where they purchased motorcycles and spent the summer camping outdoors and exploring Europe. Robert graduated from Poudre High School in 1971. He attended Colorado State University in Fort Collins his Freshman year and then transferred to the University of Northern Colorado in Greeley. He graduated with a double major, receiving a BA in English and a BA in Industrial Arts, as well as earning his teaching certificate for Secondary Education. After graduation, Robert took a job at McKnight Publishing Company in Bloomington, Illinois, where he developed books on wood and metalworking, electronics, and manufacturing. In 1983, Robert moved to Orlando, Florida, where he took a job as a Senior Editor with a large publishing company, Harcourt, Brace and Jovanovich. In 1987, the company moved Robert to Austin, Texas, where he worked at Holt, Rinehart and Winston until 2008 as the Editorial Vice President for Science and Health. Robert’s commitment to educating our youth was apparent in the exemplary product line his department created and its recognition in the educational marketplace. Since retiring from the corporate world, Robert did freelance consulting and online developmental work for numerous publishers. Robert’s passion for people and for creating a more just world guided him throughout his life with uncompromising honesty and integrity, positively impacting those around him. He was a visionary in life, seeing what was possible and bringing those possibilities into reality with unwavering commitment and perseverance. Robert was a creator with a commitment to excellence that was evident in everything he did in his career as well as his personal life. As the quintessential Renaissance Man, Robert played the Djembe drum and bongos, took acting lessons, enjoyed photography, designed and created stained glass, made and upholstered furniture, drew and painted, made jewelry, and for his grand finale he completely restored his ’66 Chevy pickup, Lucille. At his home in Austin, you could often find him in his sacred place, his studio/shop where he would be creating, building, and restoring with purposeful intent. As a fervent artist, preferring to work mainly with steel and stone, you can see some of his creations at www.metalaroundstone.com. Caring for the world was fundamental to Robert. He used his strength, determination, intelligence, loyalty, and kind heart to make the world a better place. He was a long-time member of University United Methodist where he fed the homeless and served on a mission trip to Honduras. He was a part of the Big Brothers Big Sisters organization where he mentored several young men. Robert also enjoyed coaching his son’s soccer team instilling a sense of self-worth and confidence in the youth he coached. Robert leaves behind many beloved family members and friends. His friendships were an extension of his family. He was survived by his wife Sherry Todd; his son, James “Montana” Todd; his daughters, Sarah “Nicole” Messina; Lisa Marie Walla, Renee Morgan Taylor, and Sarah Sue Sprague; his grandchildren, Sienna Todd, Enzo and Bianca Messina, Camdyn Puwpong, Peyton Medina, and Skyler Wells; his brother, Richard Todd; his nephew, Rob Todd; and his niece, Jane Todd. In the Winter of 2017, Robert was diagnosed with inoperable pancreatic cancer. He was a Warrior and fought the disease valiantly for two and a half years while maintaining his witty sense of humor through it all. His final weeks were spent visiting with loved ones, exercising, listening to music, eating lots of watermelon, and as he would always say, flossing “only the teeth he wants to keep,” which were all of them. Robert passed away at home surrounded by love on the morning of June 27. He leaves behind a better world for the simple fact that he was in it. A celebration of Robert’s life will be held when group gathering restrictions are removed, and his friends, family, and colleagues can meet to share hugs and stories about this much beloved man. Robert was passionate about conservation and supported The Nature Conservancy. In memory of Robert, donations may be made to the Nature Conservancy at Nature.org (support.nature.org). Read others' thoughts and memories at Robert’s Everlasting Memorial site at www.cookwaldenfuneralhome.com, and we welcome you to share your own memories and photos.
See more See Less

In Memory Of Robert Warren Todd