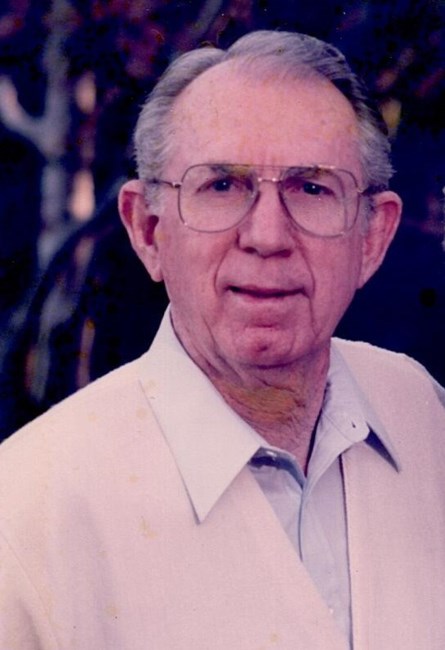 Dr. Robert Stanley Wright, D.C. passed away peacefully on December 28, 2022 in Austin, Texas. An Austin Original, and one of the Greatest Generation, he was born on July 31, 1923 in Austin to Dr. James Stanley Wright, D.C. and Rella Weaver Wright. Living in Austin all his life, he attended Pease Elementary School, University Junior High and Austin High School. He lettered in track and football for the Maroons. He attended the University of Texas before enlisting in the US Marines Air Corps based in Pensacola FL from 1943-1946 where he served as a Flight Instructor, attaining the rank of Captain. After his active duty he enrolled at Texas Chiropractic College which was then in San Antonio,TX. Bob met the love of his life, Carolyn Porter, on a blind date while they were at The University of Texas. They married June 21, 1947. While he attended Texas Chiropractic College in San Antonio, Carolyn taught school. After graduating from TCC in 1950 and joining his father as the 2nd generation Wright Chiropractor, Bob and Carolyn returned to Austin to make it their forever home where they raised their 3 children Sue Alison, Robert Stanley. Jr. (Bobby) and James William (Billy). Bob and Carolyn were married for 64 years until her passing in 2011. “Dr Bob”, as his patients referred to him, practiced with his father in an office on West 12th Street where the office is still located today. Dr. Bob practiced from 1950 until retiring in 2021, after 70 years in practice. When the 4th generation came into the practice, he retired knowing that the 3rd and 4th generations of Wright Chiropractors (Drs. Billy and Tyler) would be taking care of his patients. After WWII and Chiropractic College, Bob and his long time friend Cliff Kies bought a surplus military plane keeping it in a hangar on Koenig Lane where Howard Nursery would later be located. When asked how they got in the air, he related to us that there weren’t any businesses on Koenig Lane between the hangar and Lamar Blvd, so they taxied up the grassy airstrip going West, parallel to Koenig Lane and then took off before reaching Lamar. Bob and Carolyn were active members of Hyde Park Baptist Church serving on the Deacons Board and as a teacher and leader in their Senior Adult Sunday School Department until his health made it difficult for him to participate and attend services. He was active in the many activities of all three of his children. Being an avid deer hunter, he proudly displayed deer heads at the office which were always great conversation starters. There weren’t too many hunting seasons that you didn’t find him in a deer blind looking for a good buck. He shot Colorado Mule Deer and South Texas White Tails. His hunting pride and joy was the “trophy” which had double drop tine antlers. Bob proudly went on the Honor Flight Trip to Washington D.C. in October 2013 with his fellow WWII Veterans. But maybe the most exciting highlight of his later years occurred on August 14, 2014 when he was able to fly in a vintage P-51 Mustang, named the Pecos Bill, which was hangared in Burnet, Texas. He rode in the co-pilot seat and the pilot told him, “I can’t let you take off or land, but when we are in the air, you take the stick.” And that he did, executing a perfect barrel roll over the Highland Lakes. On May 2, 2015 he flew in a North American SNJ trainer, which was the type of plane he flew most during the war years. Bob is survived by and will be greatly missed by daughter Sue Peschel and husband Randy, son Bobby and wife Mary, and son Billy and wife Suzy. Bob was proud of his 7 grandchildren: Ali Peschel Patterson (Lucas), Melissa Peschel Smith (Patrick), Amanda Wright Gentry (Shawn), Ran Peschel (Whitney), Rebecca Wright Purkey (Tyler), Tyler Wright (Nicole) and Tanner Wright. He was blessed with 13 great grandchildren: Ella, Hattie, and Cotton Patterson; Mary Carolyn, Hodges, Ali Mae and Cal Smith; Charlie, Olivia, Lucy and Dottie Peschel; Skylar and Porter Gentry. Bob resided at Silverleaf Eldercare for his last year. His family would like to thank the staff there for their compassionate care of him during that time. Following a private family burial, a memorial service will be held on January 5, 2023 at 11 am at Austin Baptist Church, 7016 Ribelin Ranch Dr, Austin, TX, followed by a reception at the church. In lieu of flowers, memorial donations may be made to Honor Flight Austin at 1108 Lavaca Street STE 110, Box 609, Austin, TX 78701 or to a charity of your choice.
See more See Less