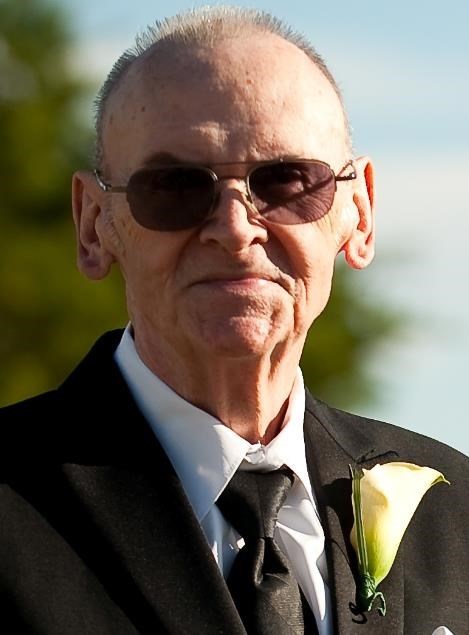 “Your life was a blessing, Your memory a treasure. You are loved beyond words. And missed beyond measure” Ronald Joseph “R. J.” Collisson, 86, of Austin TX, passed away peacefully in his home the afternoon of December 19th. Ron was born to William Burton Collisson and Mary Rita Bayard in Troy, NY. He grew up in Troy and attended Sacred Heart (K – 8th grade) and graduated from Catholic Central High School where he found and maintained several close relationships with friends. His first job out of high school was a toy factory at the end of his street from his childhood home. He then went to Washington D.C. and got a job with the F.B.I. from January 1952 to February 1953. In February 1953, he and his good friend decided to join the U.S. Air Force where he proudly served until February 1957. He was stationed overseas during the Korean War at the Misawa Air Force Base in Japan where he was a Radio Interceptor Operator that decoded enemy Morse code transmissions. He received the National Defense Service Medal, the United Nations Service Medal, the Korean Service Medal and the Good Conduct Medal. He returned stateside to Randolph Brooks Air Force Base in San Antonio, TX. On a blind double date with a very close military friend, Ron met Mary Agnes whom he made his wife after release from the Air Force. Together they had five children, three sons and two daughters. They lived in a number of Texas cities before finally settling in Austin in 1969 where he lived until his passing. Ron worked for Continental Airlines in multiple capacities from January 1958 to May 1999, when he retired after 41 years. After retirement, Ron loved to relax and live the good life he earned. He greatly enjoyed spending time with his family celebrating all their momentous occasions, oftentimes with bar-b-ques at his home. He would frequently be spotted wearing his Korean War Veteran cap and was always touched when thanked for his service. He loved watching television and especially relished soap operas, crime shows, game shows, old westerns and first and foremost, sports. Ron was a giant fan of the Dallas Cowboys since they became a team and never missed them play. He loved all things Longhorns and even went so far as to paint his bedroom U.T. orange and adorn it with caps, memorabilia, news clippings and championship t-shirts he had framed. He adored the Houston Astros and rooted for them the entire season long. He also cheered for the Notre Dame “Fighting Irish”, the New York Yankees and the Texas Rangers. Ron was a quiet man that never complained and lived for his family. One might think that Shel Silverstein’s “The Giving Tree” was an autobiography of Ron’s life. He was a strong man that was extremely loyal and was always ready to help if he was at all able. His family views him as a hero and all that knew him were genuinely impressed with his character. He was deeply, deeply loved and the hole left by his parting will never be filled. He was preceded in death by his father, William; his mother, Mary; and his brother, William Jr. Ron is survived by his sister, Mary Higgins: his five children, Mark Collisson, Keith Collisson, Debbie Johnson, Dawn Collisson and Derek Collisson; five grandchildren, Heather McClung, Destiny Collisson, Ryan Collisson, Zachary Collisson and Trey Collisson; two great-grandchildren, Jaxon McClung and Penelope McClung. He is also survived by extended family, those that viewed him as a second father and the many friendships he maintained over the years. He will be sorely missed but we are confident that we will all be together again one day. Graveside Service 11:00 am on Thursday, December 31, 2020 at Central Texas State Veterans Cemetery in Killeen, TX. In lieu of flowers, the family requests donations to Honor Flight Austin.
See more See Less