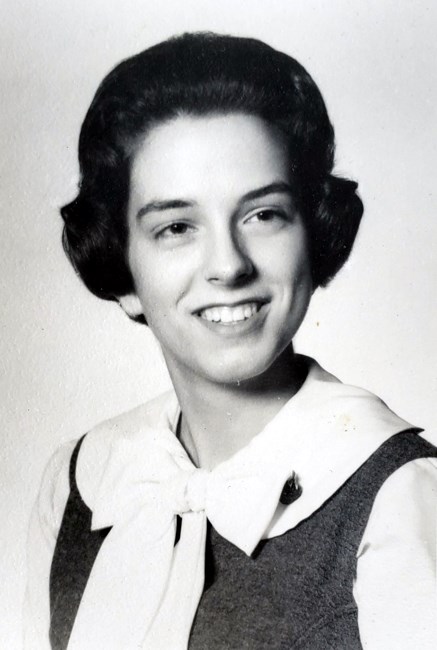 She was born in Austin to Peter W. Baker Jr. and Margaret C. Robertson Baker on October 28th, 1947. She grew up on her family's hilltop farm in Westlake with her beloved brother, Rob.

She met her lifelong husband of 48 years, James Deroy Howard on a month long trip around the world organized by their church. They married on November 26th, 1971.

She began her career in Public Schools where she taught music and directed the school band. After earning her Masters, she worked in UT Austin’s Law School as a Research Librarian. She then went on to work in administration at various agencies for the State of Texas.

Sallie shared her musical gifts as a soprano and played handbells in her church choirs. She was a talented pianist, and enjoyed needlepoint, crocheting, sewing, ceramics, painting china, making dolls, bears and rugs. She was also a very passionate doll and bear collector. She served in various roles, including President, to both the Fashion and Modern Doll Clubs of Austin. In addition, Sallie earned the most advanced amateur radio license issued by the FCC and became a Lifetime Member of the American Radio Relay League, ARRL. She also served as an officer and was a very active member in several foreign and domestic lady amateur radio organizations. She enjoyed traveling the world extensively throughout her life and made cherished friendships and memories everywhere she went.

She is survived by her husband and two children, James B. Howard and Sarah E. Howard of Austin, Texas.

Her funeral service will be held at First Baptist Church of Austin, 901 Trinity Street, Austin, Texas 78701 on Saturday, March 14th, 2020 at 10:00am. Following the service, will be a graveside service at Austin Memorial Park Cemetery, 2800 Hancock Drive, Austin, Texas 78731.