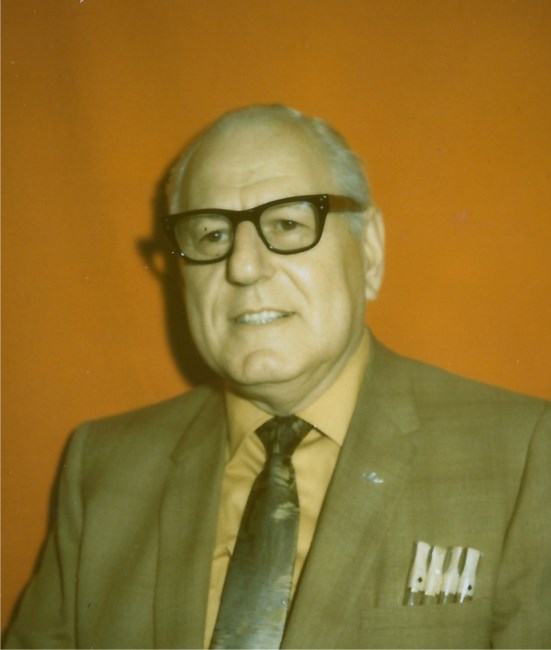 Sidney Hurwitz, 96, of Austin passed away April 7, 2013 in Austin. He was born December 8, 1916 in Ft. Worth, Texas where lived with his parents, Ida and Morris Hurwitz and his 8 brothers and sisters, Lena, Sam, Ethyl, Anna, Hymen, Frieda, William and Phil. All have preceded him in death.

He met his loving wife of 61 years, Bertha, on a blind date while in the U. S. Army Air Corp. They were married in 1944 in St. Louis, Missouri. They had two children, Linda and Mark, and have one granddaughter, Susie.

Sid was a long time merchant and worked with his brothers in Kilgore, Longview, Gladewater and Tyler. He opened his first store, Hurwitz Men’s Shop, in Beaumont, Texas in 1962. He moved to Austin in 1973 and opened John Sidney Man’s Shop before retiring in 1986.

He loved to build things. He built beautiful furniture for his family and a beautiful deck for his home. Sid and Bertha loved the wonderful parties they had on the deck.

Over the years, Sid and Bertha traveled extensively with their friends and family. He loved to visit other countries, meet the people and see the amazing sites.

Sid was a member of Temple Beth Israel, the Lions Club, the Masonic Lodge, where he was a 32nd Degree Mason and a Shriner.

A graveside service was conducted at eleven o’clock in the morning on Tuesday, the 9th of April 2013, at Cook-Walden Capital Parks Cemetery, Pflugerville under the direction of Cook-Walden Funeral Home.

In lieu of flowers and the customary remembrances, memorials may be sent to Dell Children’s Medical Center, 4900 Mueller Boulevard, Austin, Texas 78723 in honor of the work done by his nephew, Dr. Craig Hurwitz.

Condolences may be sent to www.cookwaldenfuneralhome.com.

In Memory Of Sidney Hurwitz