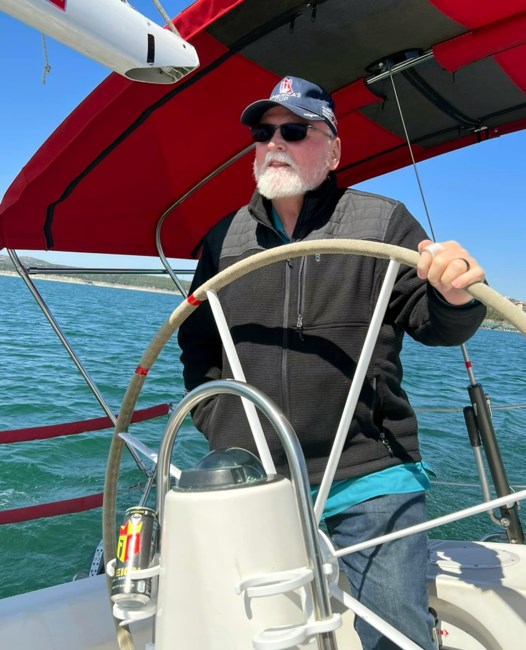 On Saturday, July 30, 2022, Terrance (Terry) Lloyd Cox, loving husband, father, and friend passed away at home surrounded by his family. Terry was born June 11, 1958, in Harlingen, Texas to Donald and Valerie (Bowen) Cox. After graduating from TSTC, he married his high school sweetheart Cindy Cox on October 20, 1979. Together, they raised their two children in Cedar Park, Texas. Terry was an avid boater, eventually turning his passion into his career. He became a well-known and respected service manager in the Austin boating industry. He enjoyed spending his spare time with family and friends on the waters of Lake Travis or down on the coast. He was a simple man who enjoyed watching the Wheel of Fortune and Cops with a bowl of Blue Bell on nights spent at home. Terry was always a calm and loving man truly living up to his initials, T.L.C., you could always count on him for sound advice, a good laugh, and an even better hug. Terry was preceded in death by his father, Donald, and his mother, Valerie. He is survived by his wife Cindy, his two children, Candice and William, his sister Kellie Bradbury, Joyce Swinnea (aunt), Tonya Swinnea (cousin), extended family, and several nieces and nephews. A memorial service will be held on Friday, August 5, 2022, at St. John’s Episcopal Church in Austin, TX at 11 a.m. In lieu of flowers, the family requests that donations be made in Terry's honor to Folds of Honor and/or Warrior Sailing.
See more See Less

In Memory Of Terry Cox